Singapore – Nokia announced today that the highly anticipated Nokia 5800 XpressMusic is finally in Singapore and will be sold as a Comes With Music device at Nokia Branded Retail stores and local operator stores from tomorrow, February 28, 2009.

The latest in Nokia’s XpressMusic range of devices, the Nokia 5800 XpressMusic delivers an affordable music device with a touch screen interface to the mass market.

Consumers in Singapore will be the first in the world to get their hands on the device when it hits the stores and wow local music lovers with its promise to deliver good music into the hands of millions. The Nokia 5800 Comes With Music in red and blue will be available from tomorrow, Saturday, Feb 28 at the recommended retail price of S$798. The silver-black version will be sold from mid-March onwards.

“People all over the world want a music device that offers a great music experience and still works really well as a mobile phone without sacrificing any features. The Nokia 5800 XpressMusic is all these in a very attractive package, and what’s more, in Singapore it will be shipped with our industry-leading Comes With Music service, and this makes it a truly must-have device for music lovers and youth in Singapore”, said Vlasta Berka, General Manager, Nokia Singapore, Malaysia & Brunei.

Nokia also announced today that the Comes With Music service is now ‘live’ and Singapore is the first market in Asia to enjoy this. For the cost of a Comes With Music device, people will be able to download millions of free tracks from the Nokia Music Store catalogue over a year. Best of all, they will get to keep all their downloaded music after the service period is up.

Bringing music loud and clear to youth and music lovers all over the island, the Nokia 5800 XpressMusic offers all the music essentials including a graphic equalizer, 8GB memory for up to 6000 tracks and support for all main digital music formats, and a 3.5mm jack. Built-in surround sound stereo speakers offer the industry’s most powerful sound to pump up the volume of your music.

The Nokia 5800 XpressMusic delivers easy and fast access to all music, video and photos through a one-touch ‘Mediabar’ drop down menu. The Media Bar also offers a direct link to the Web and to online sharing. Because the Nokia 5800 XpressMusic supports Flash content, individuals can surf the entire world wide web. The innovative ‘Contacts Bar’ lets people highlight four favorite contacts on their home-screen and, through a single touch, track a digital history of recent text messages, emails, phone logs, photos and blog updates.

For the best screen resolution available on a mobile phone, the 3.2″ widescreen display brings photos, video clips and web content to life in vibrant color and true clarity. With a 16 by 9 aspect ratio and 30 frames-per-second playback and recording, the device is ideal for VGA quality video recording and playback. The Nokia 5800 XpressMusic also features a 3.2 megapixel camera with Carl Zeiss lens and, with a single touch, images or videos can be shared via a favorite online community, such as OviShare, Flickr, or Facebook.

Ensuring a seamless music experience, the Nokia 5800 XpressMusic also provides easy access to browse and purchase tracks from the Nokia Music Store, while the newly updated Nokia Music PC software allows for easy drag-and-drop transfer of songs and management of any music collection.

The Nokia 5800 XpressMusic supports 60 languages worldwide and offers a variety of input methods including a virtual alphanumeric keypad, a virtual computer-style QWERTY keyboard, a pen stylus — and for true music enthusiasts, a guitar plectrum — are all available.

Singapore – Nokia today announced that its Comes With Music service is now live in Singapore, making it the first market in Asia where it will be available, after the service was launched in the United Kingdom last October.

Local music lovers will now be able to enjoy unlimited downloads* of million of free tracks from Nokia’s online music store for the cost of a Comes With Music enabled device over a year. The most revolutionary part of this offer is that people get to keep all their downloaded songs, even after the service period is over, and enjoy a truly dynamic and seamless music experience on both their PC and mobile devices, as they can download music from their PC or directly to their devices.

People can choose from an estimated four million tracks on the local Nokia Music Store catalogue, comprising a diverse range of major and independent labels carrying both international and local content across genres from jazz to blues, to hip hop, soul, funk, pop, indie, grunge and even kids and soundtracks from movies.

In Singapore, consumers will be the first in the world to get their hands on the Nokia 5800 Comes With Music available in red and blue which will be available from tomorrow, Saturday, Feb 28 at the recommended retail price of S$798. The silver-black version will be sold from mid-March onwards.

“We are very excited to bring this music offer to Singaporeans on so many device models to suit different consumer segments across various price points. Particularly in these trying economic times, Comes With Music delivers exceptional value to music lovers who can stay connected to the music they like, yet no longer worry about the cost of purchasing music by single tracks or album. The freedom and simplicity of the service is unparalleled. What’s more, the music is legal and is yours to keep,” said Vlasta Berka, General Manager, Nokia Singapore, Malaysia & Brunei. 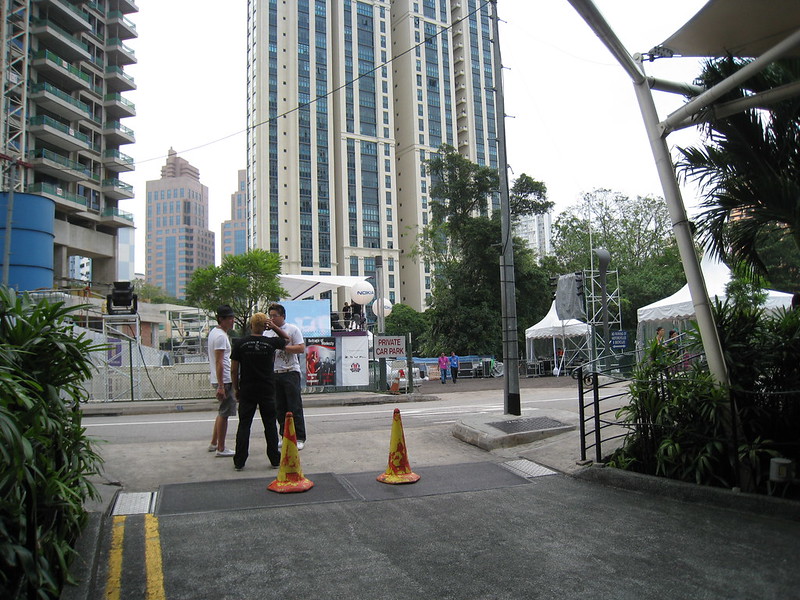