For the first part review of the Dell XPS 12, I talked about Unboxing and Design and in this second part review, I will talk about the features and functionality.

Ports – Right Side
Let’s start with the ports available on the Dell XPS 12. All of the ports of the Dell XPS 12 are located on the right side of the ultrabook except for the headphone/microphone combo port.

The Dell XPS 12 has two USB 3.0 ports with one of them being a PowerShare USB port capable of charging USB devices even when the computer is powered off or is in sleep state.

I wish Dell included a SD Card Reader in the XPS 12 to ease the transfer of photos taken from your digital camera to the ultrabook, now you need to bring along a separate SD card reader.
Buttons – Left Side

Inversely, all the buttons on the Dell XPS 12 is located on the left side except the battery status button. On the left side, you will find the orientation lock switch, the power button and the volume button.

If you notice the power button, it is more of a switch rather than a button and this will guard against accidental press.

All the buttons are placed on the sides because it is easily accessible when in the tablet mode as the keyboard will be covered by the screen.

The Realtek stereo speakers are located on both sides of the ultrabook.

Boot/Shutdown Time
I am very impressed with the bootup and shutdown time of the Dell XPS12. From sliding the power switch to the login screen takes only 8.4 seconds. from choosing shutdown in the charm panel to switching it off takes only 6.8 seconds.

Screen
The Dell XPS 12 houses a 12.5″ IPS touch display with LED backlit. The glass used for the display is Corning Gorilla Glass, because it is a glossy display, it produces some glare and reflection, but overall it didn’t really bother me. It has a full HD resolution of 1920×1080. It’s brightness is measured at 400 nits. Because it is using an IPS panel, the viewing angle of the screen and the color reproduction is good.

As the full HD resolution of 1920×1080 is being cramped onto a 12.5″ screen, it makes the display very sharp and crisp, but this also makes the elements such as text and buttons smaller if you are using Windows 8 in desktop mode.

When rotating the screen to the tablet mode, the screen will snap into place because of magnets, there are also 4 small latches on the edges of the screen (2 on the top, 2 on the bottom) to keep it in place.

I am very satisfied with the touch responsiveness of the screen, sometimes when using the Dell XPS 12 as an ultrabook, I resort to touching the screen to interact with the computer when the trackpad misbehave (see below).

Keyboard
The keyboard of the Dell XPS 12 is a standard-size keyboard that you can find in most Dell’s laptop. They keys are in the shape of “squaricle” (square + circle). The height of the function and directional keys are half of that of the normal keys.

The keys are responsive and have a good tactile feedback when you type on it and the backlight is well distributed to each key. Interesting to note that when you flip the screen to the tablet mode, the backlight will slowly fade away rather than turning it off instantly.

Trackpad
The Dell XPS 12 is using the Cypress trackpad. It is a glass integrated button trackpad with gesture support. By default the trackpad uses reverse scrolling (the same behaviour for Apple Magic TrackPad) and this might be confusing for new users.

The only feature that I dislike the most in the Dell XPS 12, is the trackpad, I have lots of problem using it. Sometimes my mouse cursor would just freeze, sometimes it would just disappear and sometimes while moving, the Windows 8 right panel (aka charm panel) will just appear. Using it can be pretty frustrating at times.

To Be Continued …
For the third and last part of the review, I will talk about my experience of using the Dell XPS 12. So stay tuned! 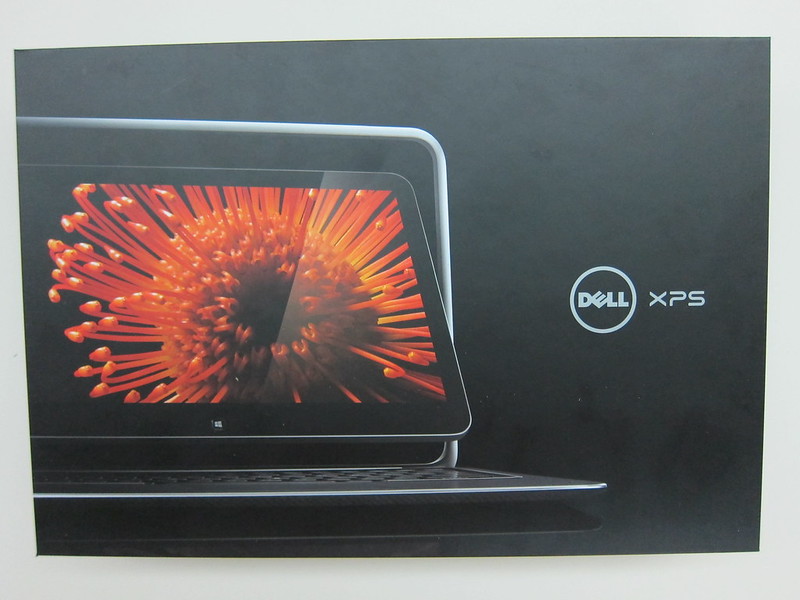 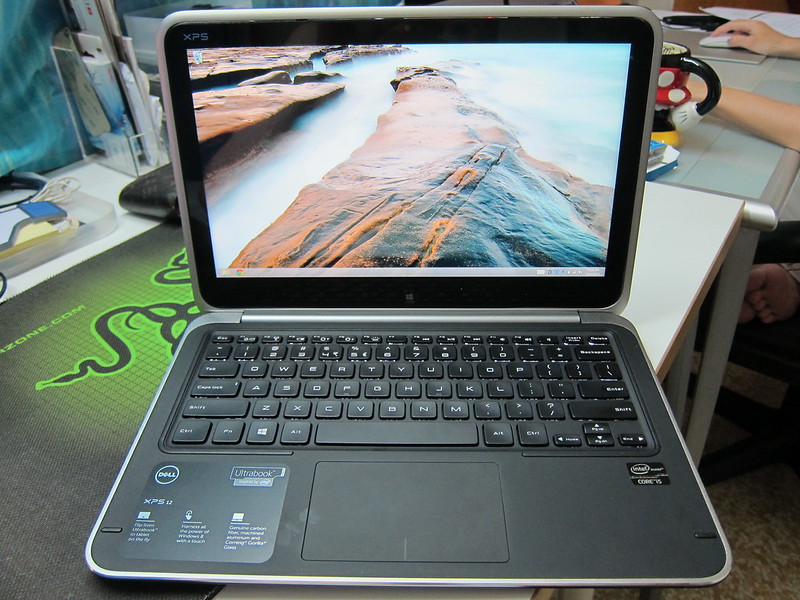 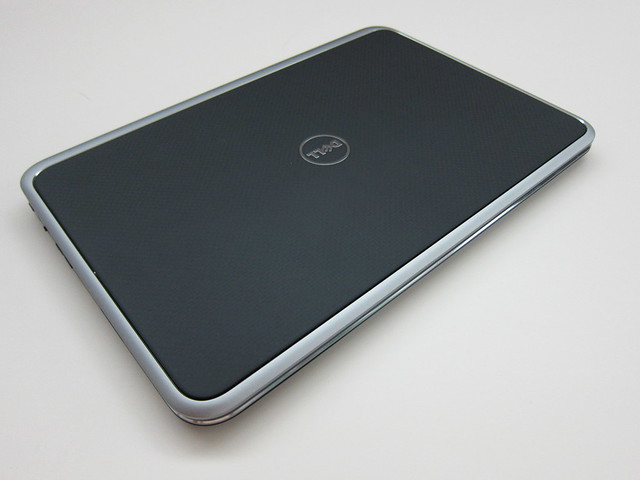