Distributed by Netmarble, the game portal from CJ Internet, a global entertainment company dedicated to enriching people’s live through fun, social and massive online gaming, and developed by TECMO KOEI GAMES, Uncharted Waters Online has now debuted in Singapore, as well as North America and Europe, along with an exciting new gameplay trailer.

“Uncharted Waters Online celebrates the explorer in all of us,” said Takeda Tomokazu, producer, TECMO KOEI GAMES. “We invite players to set forth on the stormy sea and set sail for the pages of history. Whether battling pirates or becoming a master of trade, this online adventure will inspire players to chart their own course through the game and beyond.”

Set between the Fifteenth- and Seventeenth-centuries, Uncharted Waters Online players will have the chance to conquer hundreds of neutral cities to ensure that their nation becomes the world’s leading power. Sailors can choose to fly the flag of one of six nations: England, The Netherlands, France, Spain, Portugal or Venice, buying or building ships to ready for battle, trade routes or exploration of new worlds. Featuring nearly endless lands to visit, thousands of artifacts to discover and more than 75 professions and 100 skills to master, Uncharted Waters Online offers ample game play for hardcore and casual players alike.

During a recent global in-game event stimulating the first voyage of Christopher Columbus, participating players entered into a lucky draw with a cruise ticket worth US$4,000 to a destination of their choice as the Grand Prize. CJ Internet is very proud to announce that the winner of this Grand Prize is a Singaporean who will be presented with his Grand Prize during the official launch event of Uncharted Waters Online in Singapore!

To mark UWO’s launch in Singapore, a number of marketing initiatives will take place, including a street/viral campaign in December. Additionally, from now until the 31st of January 2011, every Singaporean player who registers for a new Uncharted Waters OnlineTM account will go into a lucky draw and stand a chance to win a Lenovo G460 notebook! 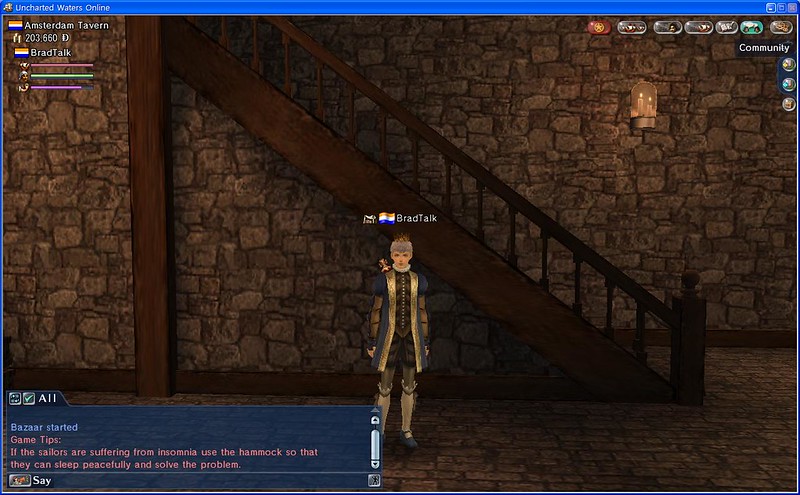