Nokia E7 is essentially a Nokia N8 with a keyboard. You probably heard it many times.

I will not be touching on the OS aspect as it is still based on Symbian^3 which is exactly the same as Nokia N8. This short review is mostly a comparison with Nokia N8.

The screen of Nokia E7 is slightly bigger than Nokia N8. Nokia E7 boost a 4″ AMOLED capacitive touchscreen of 16M colors with 360px x 640px resolution, while the Nokia N8 is only 3.5″. Another difference here is the clear black display on the E7 which when compared to the N8 screen, you will notice the black on the E7 is really black. I also find that the E7 screen visibility is slightly better than the N8 under direct sunlight.

The camera of E7 is not as good as the N8. The E7 boost an 8MP camera while the N8 boost a 12MP Carl Zeiss optics camera. The N8 camera works very well under low light conditions thanks to the 1/1.83″ sensor and the Xenon flashlight while the E7 only has dual LED flash which is not too shabby either.

Do also note that the E7 does not have expandable storage unlike the N8’s MicroSD slot and hence it has only 16GB of storage, but it has a 1GB ROM instead of the N8’s 512MB.

The slider on the left of the E7 is to lock your screen which takes some time to use to since the N8 one is on the right.

The slider on the right of the E7 is to control the volume which I think is poor design. The N8 volume up/down button wins hand down in this aspect. When I first saw the 2 sliders of the E7, I was wondering which is for volume and which is for lock having come from using the N8.

Check out the gallery below as it includes comparison shots with the Nokia N8. 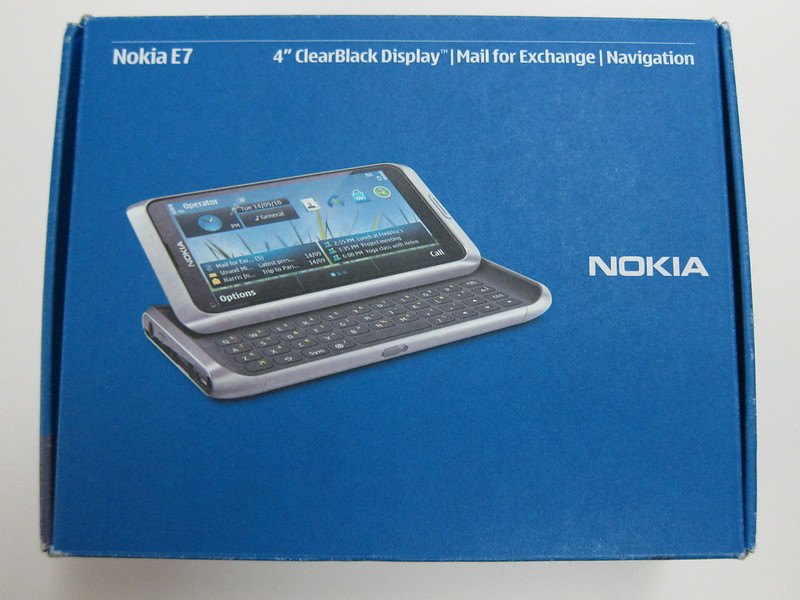