Twelve South PlugBug World was announced beginning this year and I have no idea why is it not selling in Singapore yet, not even the Apple Online Store in Singapore.

When Li Xiang went to Hong Kong last week, she bought it for me from the Apple Store in IFC Mall, Hong Kong. It is retailing for HK$348 (S$60). Li Xiang also mentioned that the Twelve South PlugBug World is not displayed on the shelves and you might need to request the store assistant to get it from their storeroom.

I got my first Twelve South PlugBug Charger when I was in Las Vegas, US last year but because the plug is meant to be used in US/Canada/Japan, I can’t really use it out of the box in Singapore without an adapter.

What Is Twelve South PlugBug World?

PlugBug World is a 2.1-Amp USB wall charger that attaches to, and converts, any MacBook Power Adapter into a dual charger that works in any major country. PlugBug World lets you charge your MacBook Pro + iPad or iPhone simultaneously, from one outlet. How? PlugBug World piggybacks onto your MacBook Power Adapter, creating a one-of-a-kind, dual charger for MacBook + iPhone or iPad. This unique accessory includes five international snap-on plugs and doubles as an international, stand-alone USB charger for iPhone and iPad.

And also, the Twelve South PlugBug World comes with a small Twelve South drawstring bag to keep all the included adapters! 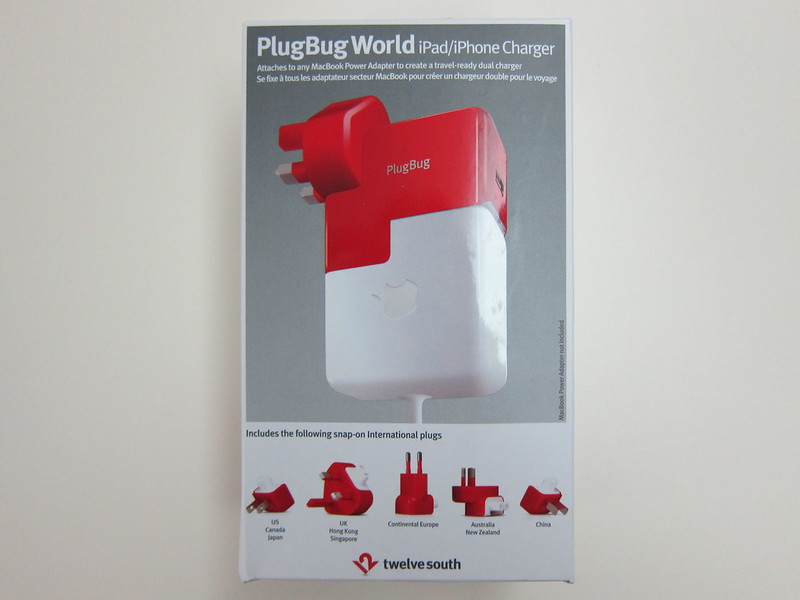 Besides the Charby Orbit Stand, I also got the Charby Orbit Powerbank and that retails for S$53.99. Charby has kindly given my readers a storewide 15% discount on their website. Use the code LESTERCHAN during  …
Lester Chan · 09:00, 01 Dec 22

Ugreen DigiNest Pro Power Strip retails for S$169.99 on Lazada. Like most Ugreen products, if you do not have an urgent need for them, you can wait for a double-digit sales day (like the upcoming  …
Lester Chan · 09:00, 11 Aug 22