Their first product is the LUMOS Auro Home Projector. There are two variants of it, the regular version and the smart version.

The regular version is like a standard projector, and it doesn’t come with Android, wi-fi, and Bluetooth. You will need to connect it to a media player like Apple TV or computer to play media content. The regular version of LUMOS Auro retails for S$299.

On the other hand, the smart version of LUMOS Auro retails for S$398, and it comes with Android TV (Android 6.0), wi-fi (supports 5GHz), and Bluetooth 4.0 connection. Since it has an Android, it comes with Google Play Store, and hence you can download Android apps on it.

It comes with a one-year local warranty.

Lumos Projector has kindly sent me a review unit of the smart LUMOS Auro.

No batteries are included for the remote control. So remember to prepare two AAA batteries for it.

Design
LUMOS Auro comes in matte white with fabric texture on the front and back of the projector.

The ventilation holes are at the sides of the projector.

There is a screw at the bottom for you to tilt up the projector.

I wish there were a lens cover strap on the projector itself. So at least when I remove the lens cover, it will be dangling with the projector to prevent it from going missing.

Keystone correction is a function that allows projectors that are not placed perpendicular to the horizontal centerline of the screen (too high or too low) to skew the output image, thereby making it rectangular (source: Wikipedia).

Digital zoom is also available but only to the smart LUMOS Auro projector.

I placed the projector about 2.7m from the wall, which gives me a projection size of about 80″.

You might have noticed the projection on the wall has a light switch in its way. I just want to say that it doesn’t affect the movie experience.

Interfaces
Whether it is a regular or smart LUMOS Auro, it comes with the following ports:

Despite having two USB-A ports, one of them is used for charging (labeled 5V) while the other is used as an input source to the projector.

The output for the USB charging port is 5V/1A. It should have been a 2A port since it is used for charging and powering your external portable USB hard drives.

If you are using the regular LUMOS Auro and do not wish to connect it to a media player or computer, you can load the media onto an SD card or USB drive and plug that into the respective ports of the projector.

Operating System
For the smart LUMOS Auro projector, it comes with a slightly dated version of Android TV, Android 6.0, which was released back in 2015, and no, you cannot upgrade beyond it.

In fact, the Over The Air (OTA) upgrade feature has been disabled to allow only local upgrades.

The Netflix app has to be sideloaded as it cannot be found in the Google Play store. I guess because of a dated version of Android TV, and hence the newer Netflix app could not support it.

For the regular LUMOS Auro projector, it comes with its custom operating system, which is not based on Android.

User Experience
I will be basing the user experience on the smart LUMOS Auro since I don’t have the regular version to play with.

The UI is straightforward and easy to use. Navigating around the various aspects of the UI using the remote control is snappy as well.

Both variants of LUMOS Auro comes with 1GB of RAM, and the smart LUMOS Auro has an additional 8GB of internal storage.

When there is a need to input text on the UI, it can be excruciating. The experience is the same as trying to input text using remote control on a smart television.

Imagine using one password per service, and the password is a mix of lower and upper case alphanumeric text and symbols. Well, good luck typing in that using the remote control.

You can connect a Bluetooth keyboard and that might help a little. But the best experience is still to use your phone as the keyboard.

That is why I appreciate Apple’s remote app on the iOS devices for Apple TV because you can type from your phone.

To be clear, this is an Android issue and nothing to do with the LUMOS Auro projector. I have the same problem with Google Nexus Player as well.

Because of the dated Android 6.0, you cannot have multiple Google accounts associated with the projector. That feature is only available from Android 7.0.

The only way to switch Google accounts is to factory reset it. This is probably because of the custom Android 6.0 build that comes with the LUMOS Auro.

Casting
The smart LUMOS Auro supports AirPlay for Apple devices, and if you want to mirror your mobile phone to the projector, you can use Miracast.

Unfortunately, Chromecast is not supported.

The audio quality is good, better than most television audio quality as those sounded flat. Bass is decent though I wished it can be stronger.

Volume is loud, and it doesn’t crack.

But to get the best audio experience, I suggest outputting the audio to a dedicated sound system.

You can do this through the 3.5mm audio out port, HDMI Arc, or if you are using the smart projector, you can use Bluetooth.

I am impressed with the video quality of the LUMOS Auro.

The pictures I took above don’t do justice to the video quality from the LUMOS Auro. It is like trying to take photos of a movie playing in a cinema.

Mounting/Stand
You can mount the Lumos Projector using the standard ceiling or wall projector mounts.

If you are not looking to mount the projector, you can also consider the Lumos Height Adjustable Projector Stand that retails for S$105. It is like a tripod that comes with a metal plate at the top for you to place the projector.

I am placing the projector on an Ikea ladder stool with the Lumos Projector box and Muji plastic boxes on top of it to elevate the projector.

I think a projector stand will be a good investment if you are going to place it permanently in your living or entertainment room and have no intention of mounting the projector. If you do get it, please get it together with the Lumos projector as the stand is just an additional S$55 instead of the full price of S$105.

Conclusion
What attracted me to the LUMOS Auro is the price. Most decent cinema projectors in the market range from S$500 to a few thousand. For just S$299, you can have a cinema experience in the comfort of your own home.

Given the price range, the audio and video quality of the LUMOS Auro is actually good and value for money.

The projector UI is also easy to use and snappy. I am just not a fan of Android add-on. So I would not recommend topping up the difference of S$99 to get the smart LUMOS Auro projector. I think you can save money and use it on an Apple TV instead.

To get the best experience, I would use an Apple TV with the regular LUMOS Auro and output the sound using HDMI Arc to a Sonos Beam. The only con of this combination is that there will be extra cables running around. 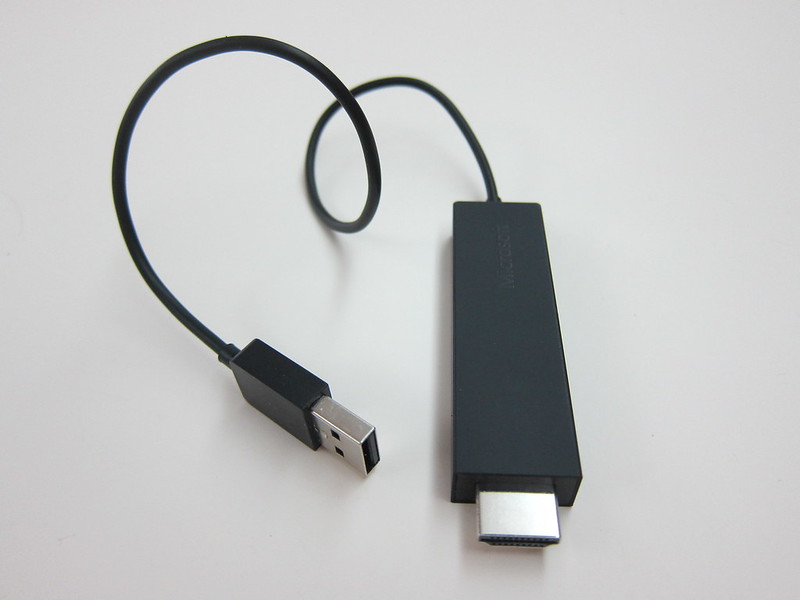 Microsoft Wireless Display Adapter which retails for S$110 in Singapore can be mistaken for Microsoft's version of Google Chromecast. In fact, both of them are quite different. Despite their differences, I don't think their prices  …
Lester Chan · 09:50, 05 May 15