I have been seeded the Nokia N8 through the Nokia Rangers program. I must say that N8 has a fantastic built and hardware specs and the camera is just amazing. But the Symbian^3 kills the hardware totally. The feeling it gives me is that the OS is not able to make use of the hardware properly. A good comparison is running Windows 98 on a Intel Core i7 computer.

The built of the phone is good, the glass is made up of Gorilla Glass and the body is made up of anodised aluminum. Not forgetting it has a capacitive touch screen with AMOLED display. The battery is non-removable though.

The camera is a 12MP camera with Carl Zeiss lens and xenon flashlight. It can record 720p HD video at 25fps and it has a front facing camera for video calls.

For connectivity, it has a HDMI output, uses MicroUSB, Bluetooth 3.0 and supports B/G/N Wireless Network. It comes with 16GB internal memory and expandable via MicroSD.

As mentioned before the hardware is fantastic. But the OS is a serious let down. As a whole, the OS is so sluggish. There is no proper or official social app like Twitter or Facebook. All your social needs is found in the Social app made by Nokia and the app is just mediocre. There is an app called Gravity which I heard is the best social app on Symbian but no way I am going to pay S$15 bucks for it.

There is no QWERTY keyboard in portrait mode and you have to type in T9! I wonder when is the last time I use the numpad to type a message. When you rotate the screen to landscape, the keyboard changes to QWERTY and it occupy half the screen and the other half of the screen is the input text box instead of showing a portion of the screen you are at.

Internet surfing is a pain, I have to click Options -> Go To -> Type in URL -> Enter. The address bar should always be on top of the screen like iPhone or hidden like Android and only show it when I tap the top portion of the screen. There is pinch to zoom on web pages on Symbian^3 but like Android the experience for this is not as smooth as iPhone.

I would call it a great multimedia device, but as a whole is no where near a smartphone in terms of today’s standard thanks to Symbian^3. If someone made a ROM and allows it to be flashed to Android, I think it will perform much better.

As you can see Symbian has already reached its EOL (I doubt Symbian^4 will be a huge leap), hopefully MeeGo will do Nokia’s phones justice.

The Nokia N8 retails for S$785 without contract and available in 5 colors (Silver white, Dark grey, Orange, Blue and Green). I love the Orange color.

SingTel will be the first operator to bring in the Nokia N8 to Singapore. It will be launching on 5th November 2010. SingTel will introduce new N’tertainment 3G Flexi price plans for the Nokia N8. Nokia N8 is available for pre-order on SingTel N8 Page. 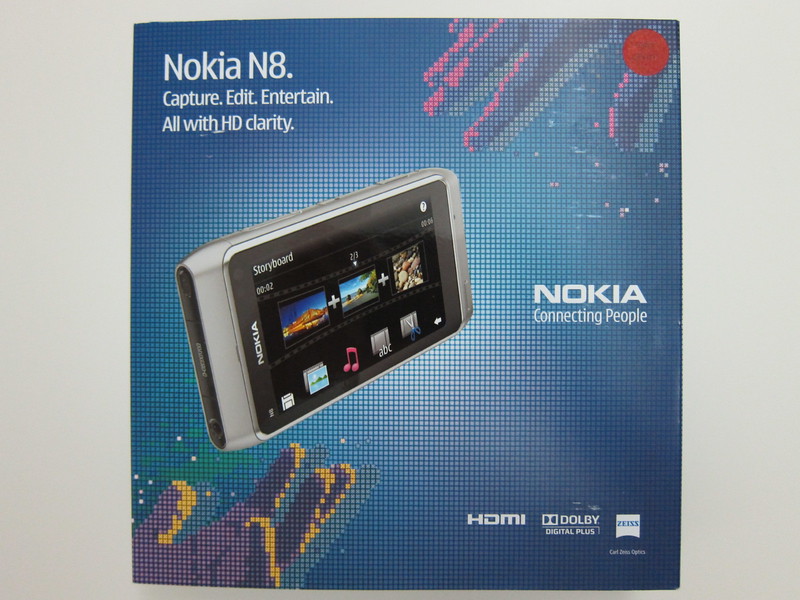