As part of the Nokia Rangers program, I received another Nokia phone which is the Nokia C7-00.

Metal was used extensively for the phone and hence in terms of built, it is as solid as the Nokia N8, but it is thinner and lighter.

I am going to repeat myself again, Nokia makes great hardware but it is the software they need to put in more effort into and when it is time to let the OS go, it is time to let it go. Holding on to it will do you more harm than good! I mean you can continue to support Symbian, but move on with a new OS!

When I setup the phone, it detects my Nokia account automatically (I am amazed) and I just need to enter my password for it. After keying in my password, it sends an SMS (I am guessing it is an activation SMS) back to the phone. But the problem is, I am on MultiSIM and the SMS will never be receive by the Nokia C7 because it is not my primary phone instead I received the SMS on my iPhone 4 instead. Because of this I can’t get my Nokia account to activate on my Nokia C7! I spend like 15 minutes to keep trying but to no avail!

Not a good first experience! But other than that, it is pretty much the same Symbian^3 experience like the Nokia N8. 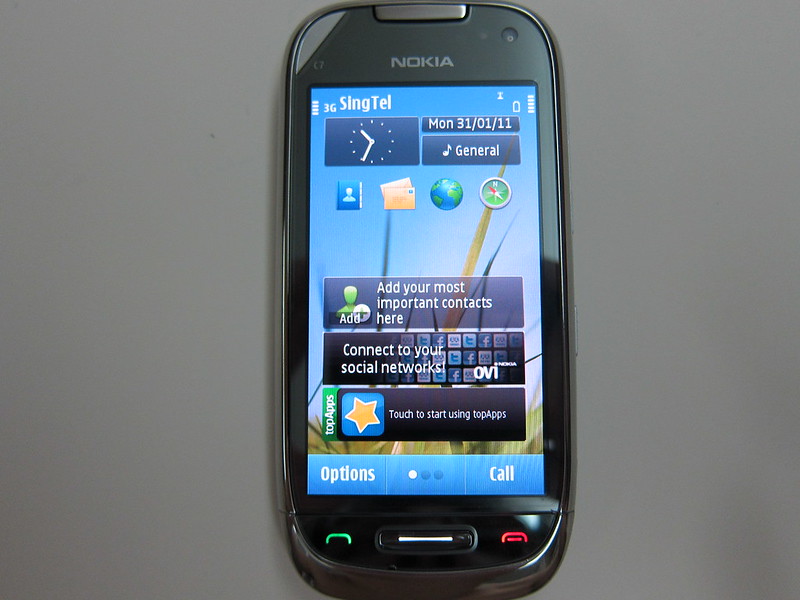 Nokia C7: pretty much the same Symbian^3 experience as the Nokia N8 | WOMWorld/Nokia