I first got to play the Nokia N9 when I was at Nokia Connection 2011 and the second time was at the Nokia N9 Blogger Event and this will be my third time reviewing the phone.

I will focus on different areas (mainly software related) not covered in the previous 2 reviews after using it as my work phone for almost a week.

Accounts
The N9 has a Accounts app that manages all your accounts that you have connected with the N9, similar to what Windows Phone 7 is doing. When I first got my hands on the N9, I went straight up and connect all my social networking sites with the N9.

I connected 10 accounts with the Nokia N9. They are: Facebook, Flickr, Google, Google Sync (MS Exchange), Office Email (MS Exchange), Nokia, Picasa, Skype, Twitter and YouTube. I notice that my the N9 has become very laggy once these accounts are connected and sometimes the lag is unbearable. At first I thought this would be fixed in the Nokia N9 PR 1.1 Software Update, but apparently it does not. I do hope that future software update will fix it.

Contacts
Once your accounts are connected, your contacts in your social networking sites will appear in your Contacts app, similar to that of Windows Phone 7. I am using Google Sync to sync my personal contacts over to the N9. If your contact’s email matches a Facebook contact, it will merge them together and your contact’s display picture will be his/her Facebook Profile Picture. Pretty seamless here.

One nice little touch to the Contacts App is that it will have an icon that represents your contact initials. I store the names of my contact only in the first name field to avoid conflict when syncing to multiple devices and hence you will see only a single letter “D”.

If you are like me that links many accounts to the Nokia N9, you will notice that scrolling through the contacts is a little laggy. One nice feature but rather a buggy one is it allows you to filter your contacts based on account. As you can see from the above screenshot, I got 102 contacts in Facebook, 126 in Skype and 6 on Gtalk, by tapping on any of them will only show the contacts in that respective account.

If you notice my phone book has 378 contacts, I have no idea how they arrived at the number, my Google Sync has 349 contacts so technically I only expect to see 349 of them. I also realized that some of my Skype contacts sneaked into with my Google Sync and got sync back to my Google Contacts and I have to manually delete it. I am still figuring out how that happens. This is sometime the reason why I love iOS sandboxing because often the app can’t mess with your contacts.

Calendar
The Calendar app in N9 was pretty alright, it allows you to rename the calendar and even allow you to choose your own color label. No complains here.

Email
The Email app is not that bad, once you have new emails, it will sent a notification to your Events Screen, my only complaint is that you can’t rename the email account. I have 2 Mail for Exchange accounts initially but I have no way of differentiating between them as both mailboxes will just write “Mail for Exchange”. So I dropped the Mail option for Google Sync and switch it to Gmail, so at least now I can differentiate between my work mail and personal email.

Syncing Schedule
Similar to all Symbian devices, I love the syncing schedule as this allows you to fine tune the polling time to the server to get new contents. A good use case is for my work email. When I am at work, I do not need the device to keep polling the Exchange server for new emails/calendar events/contacts as I will get a prompt by Microsoft Office 2011 on my Mac. However, once I finished work, I need to be kept up to date with emails and meeting invites. The sync schedule allows just that!

In the screenshot you see below, it is the settings for my Google Sync, I need it up to date no matter what day and time is it.

There is a lack of Twitter clients in the Nokia N9 and the built-in Twitter app is the best Twitter client you can get on a N9. It works as advertise without any settings that allows you to customize it. I can’t get retweet and photo upload to work.

For retweet, when I tap on it nothing happens despite the retweet icon being lighted up and for photo upload, after I pressed the photo button, it just gives me a black screen with the button “Done” at the top. I hope this is also address in the next software update. Pretty disappointed in this 2 areas as I use both of this features pretty often.

The built-in Facebook App is pretty good despite not having all the features as compared to the iOS/Android version, but it is acceptable. UI is smooth and responsive and all the features work as expected unlike the Twitter App.

My wishlist for both Facebook and Twitter App is for Facebook’s notification and Twitter’s mentions/direct message to be pushed as notifications to my Events Screen. Right now, I have no way to know who have mentioned me on Twitter or replied to my post in Facebook without going into the respective app itself.

Nokia Store
The apps on Nokia Store is pretty limited and the User experience design (UX) needs more work. As it is my first time visiting the store, I would like to get free apps first, preferably most popular free apps to see what others are downloading. To do that, I need to tap on the 2nd icon at the bottom, go to applications and tap again for “All Applications” before it allows me to see the top free apps or another way is to scroll down to the bottom of the home aka featured page and tap on “All Applications”. I reckon they should have a popular apps shortcut to allow users to discover popular apps easily.

I hope to see more apps on the Nokia Store for the N9 but that is provided that Nokia do not kill it.

Multitasking
The Nokia N9 boost true multitasking which I really like! When in the app just swipe to the top, left or right and the app will be brought to the background and you can see all apps in the background in the Multitasking screen. Just press and hold on the preview and you have the option to close all apps! This is brilliant and the iPhone needs this feature. Also, when you restart the phone, the background apps will no longer be there unlike the iPhone.

Wi-Fi Hotspot
Nokia N9 has a built in Wi-Fi hotspot feature which is good for Internet sharing! Right now only WEP64 and WEP128 encryption is supported.

Software Update
When I first heard of the Nokia N9 PR 1.1 software update, I was looking all over the phone to find out where I can upgrade it via Over The Air (OTA), after searching high and low for the options, I finally found it and it is under “Settings -> Applications -> Manage Applications -> 2nd Icon At The Bottom”. I was expecting it to be under “Settings -> Device” or “Settings -> About”. But too bad the PR 1.1 update is not yet available via OTA in Singapore, so I have to use Nokia Software Updater to update my N9 firmware.

After updating, it seems that all the passwords for my linked accounts got wiped and I have to enter it again. I wonder is this for security reason or a bug in the software update process. But nevertheless, it is not a big deal.

Camera/Video
The N9 camera takes pretty impressive pictures but when it comes to low light, it is a little grainy. I also love the continuous autofocus when taking video!

NFC
Nokia N9 has NFC capabilities for you to transfer contacts and photos to another NFC enabled phone and even stream music to the Nokia Play 360° Speakers. Unfortunately I can’t test that as I do not have any other NFC devices. I do wish that a developer will create a app that allows us to read the contents of our EZ-Link card similar to the one they have in Android called FareBot.

Battery Life
The N9 has a 1,450mAh battery and the battery life is pretty decent, I got about 2 days of standby time (not touching the phone at all) and about a day for normal usage. Normal in the sense that I check my tweets and Facebook often which averages to once per hour and I get pushed emails for my personal Gmail account instantly and pushed email for my work account happens instantly only after office hours.

The battery life easily last twice that of my iPhone 4S. 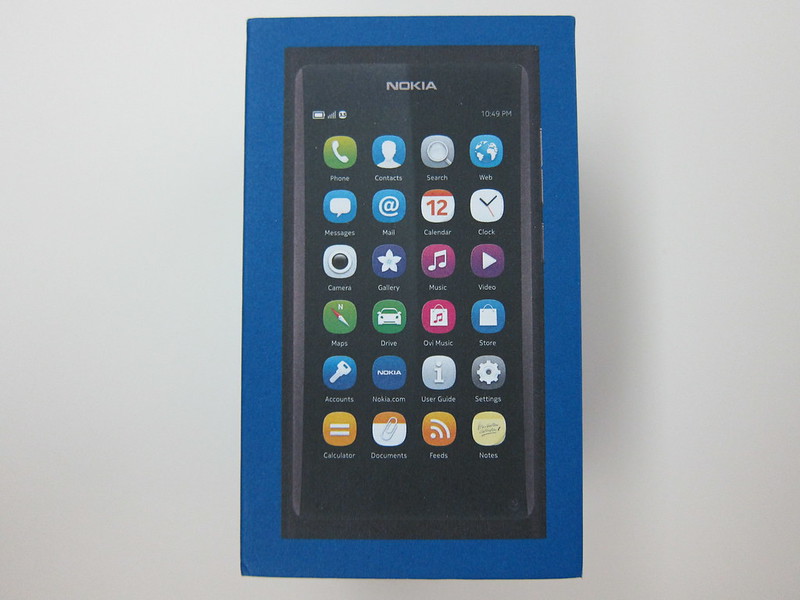 There are two variants to the Huawei P20 series. The more popular P20 Pro and the P20. The most apparent difference between them is the P20 Pro has triple Leica camera while the P20 has  …
Lester Chan · 09:00, 14 May 18
← Griffin PowerJolt MicroNokia ‘Amazing Everyday’ Contest →