If you are still interested in getting a Nokia Lumia 900, it is currently retailing for S$849 (including taxes & without contract) at all 3 operators (SingTel, M1, StarHub) in Singapore. I do hope that Nokia have some sort of attractive trade-in offers for current Lumia owners to upgrade to a new Lumia with Windows Phone 8 that will be announced at Nokia World 2012 (wild guess).

These review will have 2 sections, the hardware side of the Lumia 900 and the software side of it.
Hardware

The screen is a 4.3″ ClearBlack AMOLED display with a resolution of 800×480 and most importantly, it is visible under direct sunlight!

There are 3 soft keys at the bottom, the back button, the home button and the search button.

The front facing camera is at the top featuring a 1MP camera. You can do 3G video calls using Tango which is the software pre-installed to your Lumia 900 to iPhone, Android and even on your PC. Of course those devices need to get the Tango app from their respective App Store.

I tested the 3G video calling over WiFi, the quality of the video is pretty bad (blurry and pixelated), audio was just average.

I am guessing it has to do with the Lumia 900 screen and camera, I tried doing a Tango call from my iPhone 4S to my Galaxy Nexus, and the video was slightly better.

The back camera is 8MP camera with f2.2/28mm Carl Zeiss lens and dual LED flash.

Despite being a 8MP camera with Carl Zeiss lens, I find the photos taken to be grainy and noisy. I am pretty disappointed with the camera. Hopefully, Nokia PureView will be ported to the new Lumia series.

Coming from a Nokia Lumia 800 person, I am glad they decided to do away with the door to the Micro USB port/Micro SIM, it is extremely troublesome to keep opening the door everyday before you can charge the device.

There are four buttons on the right side of the Lumia 900, the first button (from the left of the picture) is a camera button. Press and hold the button and it will launch the camera app even when you are in the lockscreen. The next button is the power button followed by the volume up and down buttons.

The Nokia Lumia 900 is Made in Korea (at least for my unit). The speakers are located at the bottom as well and sound produced from the speakers is pretty loud.

With the Lumia 900’s 4.3″ screen, the keyboard keys got even bigger and I make lesser typos on it when compared to my Lumia 800.

Battery life is just like any other smartphones in the market these days, it is not possible to last one full day with constant usage. For standby, I manage to get it to last for slightly more than a day.

Software
Navigating around with the OS (Windows Phone 7.5), it doesn’t feel laggy at all despite only being a single core 1.4GHz processor. Animations are smooth and interactions with the phone are responsive.

One of my favourite feature of the Windows Phone 7.5 is the Live Tiles, it provides you with much more information than just a simple counter (unlike on the iOS). I can have a 2 day weather information displayed on the tile, and if look at the Rowi tile, I have 17 mentions and 1 DM waiting for me to check.

There is also Push Notification in Windows Phone 7.5 (look at the above screenshot at the top), it is pretty much the same as Android and iOS. A room of improvement would be to give me a notification centre that displays all the notifications like what Android does and iOS copied.

Windows Phone 7.5 is tightly integrated with Facebook, Twitter and even Linkedin. Once connected with these sites, your friends from your linked accounts will be downloaded and cached to your phone. You can take a photo of your friend, tag them and upload to Facebook in under 30 seconds.

Under your Me Live Tile, it gives you notification and feeds from your linked accounts and the ability to post to them simultaneously. For me, I only linked Facebook and Twitter.

One of the advantages of getting a Nokia’s Windows Phone are the Nokia software that are bundled with it. You will get Nokia Music, Nokia Drive and Nokia Maps (just to name a few). The Nokia Maps are so much more detailed than the default Bing Maps in Windows Phone 7.5. However this will change once Windows Phone 8 is release as with Windows Phone 8, the Bing Maps will be replaced with Nokia Maps.

I like Nokia Drive, it gives you turn-by-turn navigation without the need to purchase a 3rd a party GPS navigation app. Again, this will change with Windows Phone 8, as all these features will be included by default.

Coming from an iOS/Android user, the apps on MarketPlace is not exactly plenty and the official apps might not be good. Personally I am using 4th & Mayor (free) instead of the default Foursquare app, Rowi (free with ads) instead of the default Twitter app. For Facebook, despite that the official app still suck, I have not found a better alternative yet.

For Google Reader app, I am using NewsSpot which is pretty good. I am still waiting for an official Instragram app, an official Path app and an official Dropbox app!

The Lumia 900 comes with Internet Sharing as shown above and you can allow up to 5 guests to connect to your hotspot.

One thing I disliked about Windows Phone 7.5, is the lack of ability to take screenshots! Seriously, it is so irritating. Android has it in the OS starting from 4.0 (ICS) and iOS got it right from the start.

I love the Nokia Lumia 900, but it is a pity that it has been outdated 1 month after it was launched in Singapore. But looking on the bright side, at least we are able to upgrade to Windows Phone 7.8 which has some features such as UI changes from Windows Phone 8. 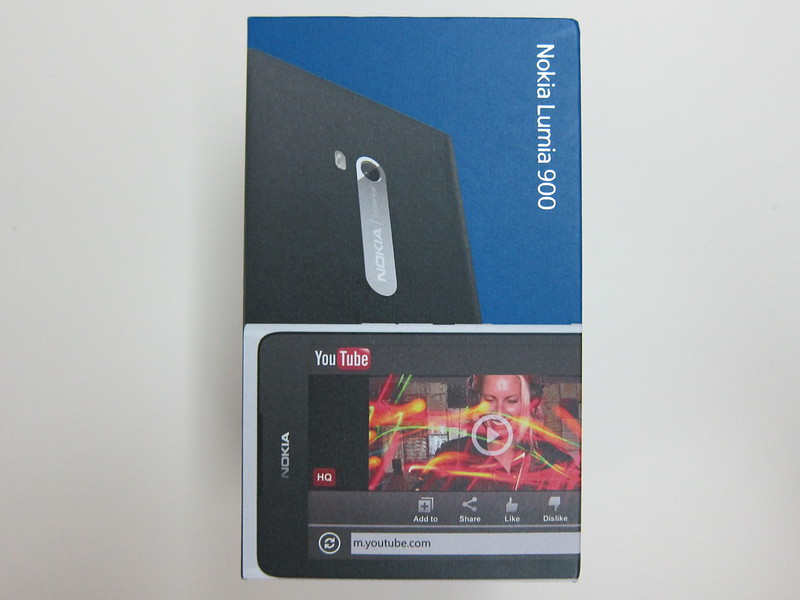