My Razer Lycosa has been with me for 4 years and the rubber coating of the keyboard are worn off and hence the print on some keys are gone, what’s left is just the blue light emitting from it. It is time for a new keyboard and the Logitech G19 Gaming Keyboard came at the right time to pair-up nicely with my Logitech G600 MMO Gaming Mouse.

The Logitech G19 Gaming Keyboard has been a leading gaming product in the market for more than 3 years and is currently retailing for S$279.

Keys
The Logitech G19 is not a mechanical keyboard which is a pity considering it is priced quite expensive. But nevertheless, the keys felt responsive but the tactile feedback of the keys is a little soft for my liking.

The keyboard is sturdy, weighing at 2.2kg, it doesn’t move around easily when placed on your desk which is a good thing.

The keys have quite a small surface area and they are more rectangular-ish than square-ish. Because of the displacement of the keyboard main keys due to the 2 columns of the G-keys on the left, it needs a lot of getting used to. I keep pressing on the wrong keys and being a typo king, it was made worst.

Lets walk through the keys of the keyboard. On the extreme left side of the keyboard are 2 columns of G-Keys, they are fully programmable. At the top of the G-Keys, you will notice M1, M2, M3 and MR. The M in those keys stand for Macro. The G1-G12 keys for M1 is different from the G1-G12 keys for M2 or M3. The MR key is for your to quickly record your macro and assigned it to a G-Key.

Beside the Macro Keys is a key with Joystick print. Shifting it to the right will disable all windows context functionality. In layman terms, it simply means that if you accidentally press the Windows key on your keyboard, it will not minimize to Windows in the middle of your game.

The group of keys beside the Joystick Key controls your Color GamePanel LCD.

This group of keys at the top right hand of your keyboard is your Media Keys, what it does is pretty straight forward. The Roller Key is for you to adjust your speaker volume.

The game panel LCD is a nice addition though I have not found much practical use for it yet. You can view photos, watch videos (even YouTube), play music, monitor your CPU/RAM usage, read RSS feed, switch profiles, etc.

One feature I like about the GamePanel is the notification of profile switches. So if I am on Windows and launch my game (Left 4 Dead 2), it will prompt me on the GamePanel saying “Left 4 Dead 2” Profile activated.

If you haven’t noticed by now, the Logitech G19 requires external electrical power because it is needed to power the GamePanel.

The Logitech G19 comes with 2x USB 2.0 ports at the back. Because it is externally powered, the ports are capable of supporting high-powered USB Devices like 2.5″ external HDD or charging your phones.

Backlighting
Similar to the Logitech G600 MMO Gaming Mouse, you are able to customize the backlighting color (16 million possible color combinations) of the keyboard’s keys for your profiles. Do note that the backlight color for the Marco Keys (M1, M2, M3 & MR), Joystick Key and GamePanel Keys) are fixed at orange.

Having installed the Logitech Gaming Software for my Logitech G600 MMO Gaming Mouse, when you plugged in the Logitech G19, it will automatically be detected. 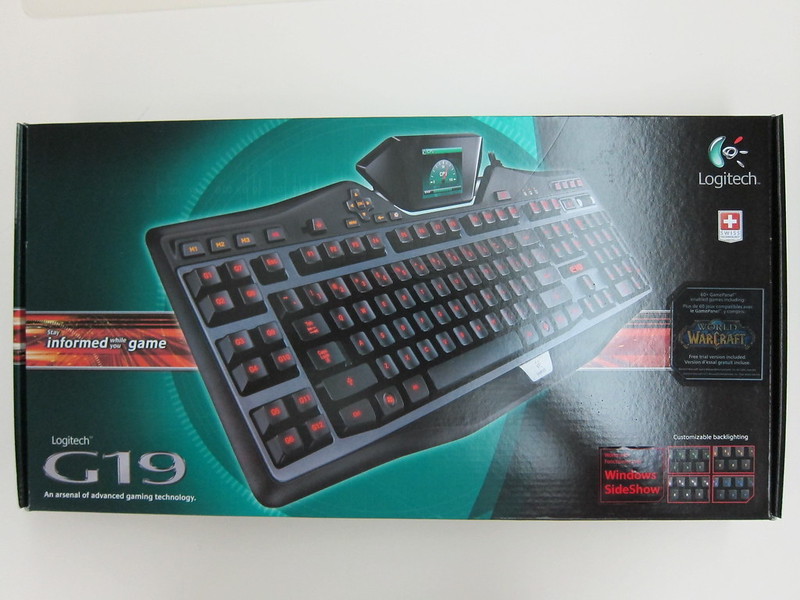 Giveaway
Thanks to Logitech, I will be giving out a brand new Logitech G19 Gaming Keyboard worth S$279 to 1 lucky winner. 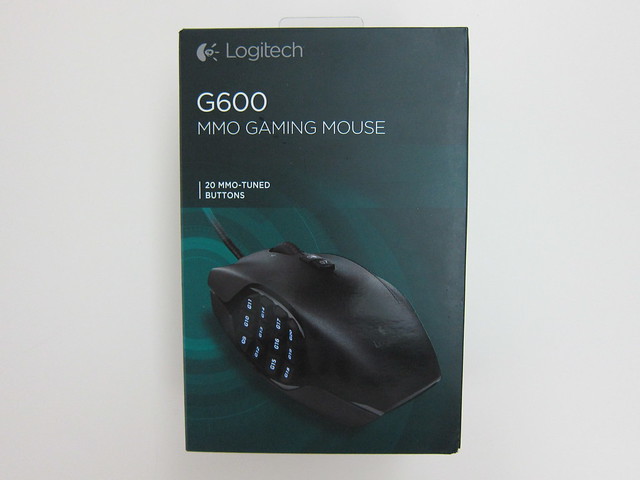 Before I start this review, I must say that I am not a fan of MMO games and this is my first ever MMO gaming mouse. The Logitech G600 MMO Gaming Mouse is Logitech answer  …
Lester Chan · 08:46, 01 Aug 12