Package Contents
When I first got the Sony MW1, I was overwhelmed by the package contents, it had so much stuff inside the small box.

I love the design of the Micro SD Card Reader but it can be made smaller.

The design of the LiveSound Hi-Fi headset is another plus point, it uses the tangle-free flat cables and the build of it is solid. Sound wise, I am not really an audiophile to gauge, but it is good enough for me. This headphone itself with the remote control is retailing for S$128.

On the left side, there is the next button, play/pause button, previous button and the back button.

On the right side, there is only the volume up/down button.

On the front there is only one button which Sony calls it the “Action Key”. It allows you to accept/reject incoming calls, open call logs and view notifications from your Android phone (more on that later).

Personally I hate the placement of this button, it could be placed at a better location. Every time when I tried to press the attached clip at the back (see the image below) to clip/remove the Sony MW1 from my t-shirt/bag, I would always accidentally press this button. Not that it triggers anything if there is no incoming call, but if you press and hold (which often you will), it will trigger the call log.

Since it also acts as a standalone MP3 player, the Sony MW1 uses Micro SD Card for storage, the Micro SD Card slot is protected with a cover in front and there is a flat wire holding on to the cover when you remove it to prevent you from losing it, it is a nice touch.

Multipoint
The Sony MW1 has multipoint supports means you can connect up to two devices (in this case mobile phones) at one time. For example, if you connect it to two mobile phones and one of them ring, the device will be smart enough to know which mobile phone rang and by pressing the answer button, the call will be answered.

Unfortunately, based on my tests with the Sony MW1, it doesn’t work really well with multipoint connections. I paired it with both my iPhone 4S and Galaxy Nexus. The pairing went well, but when both are connected at the same time, A2DP streaming works but the streaming is very choppy as though there are a lot of interferences. The choppiness is pretty constant throughout the whole streaming.

Android
The Sony MW1 is designed for Android phones, download LiveWare Manager and Smart Wireless Headset pro app from Google Play and you are good to go.

Once connected to an Android phone with the 2 apps installed, the Sony MW1 will show the current time.

Within LiveWare Manger, there are links to Google Play to install other extensions for your Sony MW1. I installed basically most of the official extensions from Sony Mobile Communications, Gmail, Calendar Reminder, Call Log, Messaging, Find Phone, Missed call, Twitter and Facebook.

I have no idea how to get Find Phone to work. For Find Phone, I suspect that you need to be using a Sony Xperia Android phone.

For the rest of the extensions like Facebook, Twitter, Gmail, etc, it works fine for me. For Twitter/Facebook, it polls the service every 15 minutes (minimum). When the notification comes in, you will see the service logo, the username as well as the timestamp as shown below.

For Gmail notification, only the sender and the timestamp will be shown and you can’t read the contents of it by pressing the action key (which make sense).

You can upgrade the firmware of the Sony MW1 via your Android phone which is pretty cool.

Apart from the notifications, the A2DP streaming works like the iPhone, song/artist/album name will appear per normal.

Battery Life
For A2DP streaming, I managed to get an average of 7 hours (tested with iPhone 4S and Galaxy Nexus) instead of the stated 9 hours. For normal usage with notifications coming in but without any calls or A2DP streaming, it lasted me for 2 days.

Protip
Remember to restart your mobile phones and the Sony MW1 after pairing it for the first time. For some reason, I did not and the A2DP streaming does not have any audio, though the song information gets transmitted just fine and the next/previous/play/pause button works. 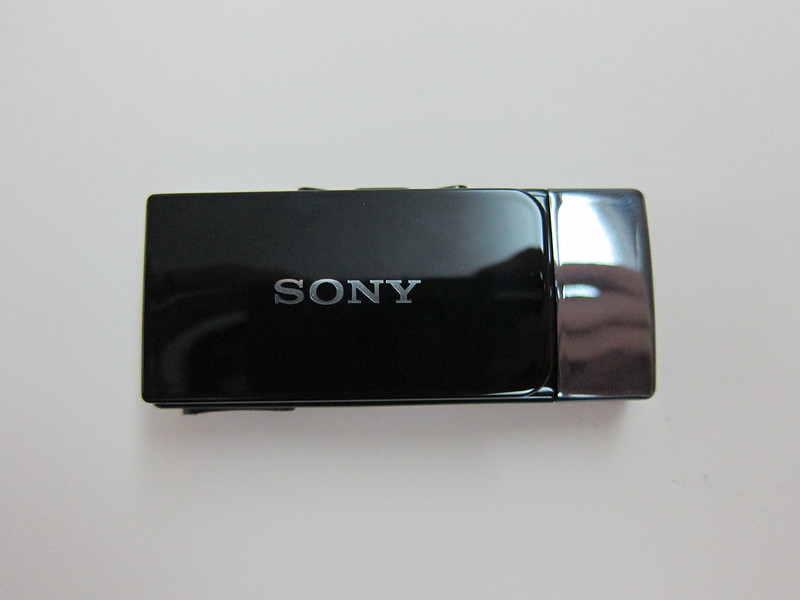