Poly Sync 20 is a speakerphone that can be used wirelessly via Bluetooth v5.1 or wired via the built-in 70cm USB-A cable.

It has a three microphone steerable array that can pick up voices within 2m. It uses a 40 mm driver for its speaker and comes with dual passive radiators.

I don’t have the official RRP, but you can get it from Amazon.sg for S$135.

Unboxing
My Poly Sync 20 is part of the Poly Studio P5 Kit With Sync 20+, so it comes with the Poly BT600 Bluetooth adapter, carrying case, and carrying strap.

Design
The Poly Sync 20 features a two-tone design. The darker tone is on top and is fronted with the fabric mesh.

There are six buttons on the top, a customizable button, volume down, mute, volume up, and call button.

By default, the customizable button is play/pause.

The remaining three buttons are on the right, the power button, the USB-A port for charging your device, and the Bluetooth pairing button. Yeap, you read that right. The Poly Sync 20 can act as a power bank with its 3,200 mAh internal battery.

On the right is where you attach your carrying strap.

At the bottom is the lighter tone that looks like quartz and matches the design of the Poly Studio P5.

However, using it wirelessly with the Poly BT600 Bluetooth adapter will work when plugged directly into my monitor’s USB hub.

Alternatively, you can save a USB-A port and plug it directly into the back of your Poly Studio P5. The OCD in me should tell Poly Studio P5 to rotate the USB-A port’s orientation.

I don’t see why you would not want to use it wirelessly unless the Poly Sync 20 runs low on battery.

A full charge of the Poly Sync 20 takes about 4 hours and can last you about 20 hours of talk time.

I tried updating the firmware using the Poly Lens App for Mac via wired and wireless, and both didn’t work. I tried it many times.

After the process bar hits 50%, Poly Sync 20 will announce PC disconnected, and then a few seconds later, it will say PC connected.

Next, it will fail without giving any reason.

So I did just that and downloaded the Poly Hub Desktop for Mac. I tried upgrading the firmware via wired and wireless. Again, both didn’t work, and all the errors are the same, saying “Update Interrupted.” I am not even touching the Poly Sync 20 when it is updating. How is it being interrupted?

In the end, I just gave up. Upgrading firmware should not be this difficult.

Call Quality
No complaints in this department. The audio is loud and at maximum volume, and it can easily fill a room of about 4m x 4m. The microphone can pick up my voice clearly despite not directly speaking into it.

Conclusion
I don’t have much experience with speakerphones since this is my first speakerphone. The only speakerphone that I have played with is the Jabra Speak 410. Both my wife and my mom are using it at home for calls.

In terms of call quality, I can’t tell the difference between both of them. Both are equally good. So it boils down to your preference for features and design.

Despite upgrading the firmware being an issue for me, it does work out of the box. And besides, the most general consumers will not be bothered to upgrade it. They will plug and play and not install any Poly software. 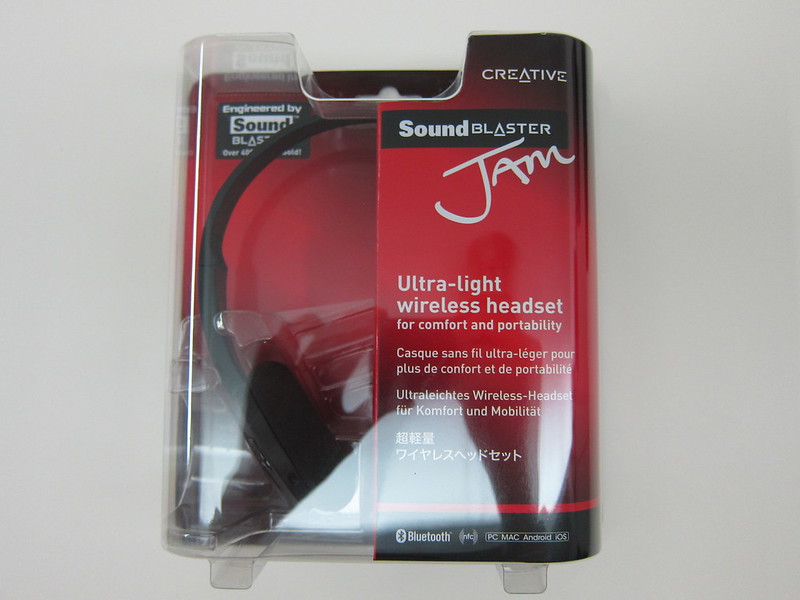 The Creative Sound Blaster Jam Headphones was announced on the 22nd January 2015 and it is a Creative Online Store exclusive item and is retailing for S$69. The Sound Blaster Jam is a lightweight (83g)  …
Lester Chan · 10:02, 11 Feb 15
← Poly Studio P5 Webcam ReviewUgreen 200W Desktop Charger →