Google Reader was created in early 2005 by Google engineer Chris Wetherell and launched on 7th October 2005 through Google Labs.

Today, Google announced they will be shutting down Google Reader on the 1st July 2013, which came to a shock to me and many others on the Internet.

We have just announced on the Official Google Blog that we will soon retire Google Reader (the actual date is July 1, 2013). We know Reader has a devoted following who will be very sad to see it go. We’re sad too.

There are two simple reasons for this: usage of Google Reader has declined, and as a company we’re pouring all of our energy into fewer products. We think that kind of focus will make for a better user experience.

To ensure a smooth transition, we’re providing a three-month sunset period so you have sufficient time to find an alternative feed-reading solution. If you want to retain your Reader data, including subscriptions, you can do so through Google Takeout.

Thank you again for using Reader as your RSS platform.

So if you have any other good (free or paid) alternatives, do let me know in the comments section.

#1 Feedly
Looks like Feedly is a good alternative to Google Reader, in it’s blog post, Transitioning from Google Reader to feedly, it says:

Google announced today that they will be shutting down Google Reader. This is something we have been expecting for some time: We have been working on a project called Normandy which is a feedly clone of the Google Reader API – running on Google App Engine. When Google Reader shuts down, feedly will seamlessly transition to the Normandy back end. So if you are a Google Reader user and using feedly, you are covered: the transition will be seamless.

Circles.Life is a Singapore-based consumer brand of Liberty Wireless. It is founded by three entrepreneurs, Rameez Ansar, Abhishek Gupta and Adeel Najam who had previously worked for Temasek Holdings, McKinsey, StarHub and other companies. Circles.Life  …
Lester Chan · 11:04, 06 May 16

Global Web Index is a market research company specialising in online consumer behaviour. They recently did a mobile messaging survey and the study revealed that WeChat now has the youngest demographic out of all competing  …
Lester Chan · 12:31, 24 Nov 14 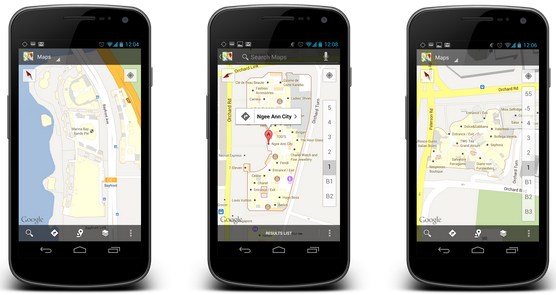 Indoor Google Maps Starting today, with the release of Indoor Google Maps for Android in Singapore, you are able to determine where you are, what floor you're on, and where are the shops located with  …
Lester Chan · 08:48, 20 Feb 13
← Logitech Rechargeable Trackpad For Mac (T651) ReviewHossan Leong Took Over SingTel’s Twitter Page Yesterday! →