Sony also sells straps in black or brown leather and silicon in various colors separately. It uses the standard 24mm strap, so you can use any 24mm watch strap on it.

For this review unit, I have received the black silicone strap version and I will be comparing it with my Pebble Smartwatch.

Build
The body of the SW2 is made up of aluminium which makes it solid and looks like a premium product. I like the build of it more than my Pebble. The strap buckle is made up of metal as well.

Pairing
Paring the SW2 with your Android phone is easy thanks to the NFC capability in the SW2. In case you are still wondering, it will only work on Android 4.0+ devices. I am using a HTC One for this review since it is the only Android phone that I have.

Before you start pairing, you will need to download the Sony Smart Connect app on Google Play. Once that is done, you need to switch on the NFC feature on your phone and launch the app.

Next, switch on the SW2 and tap your phone on it. Within seconds, it should be paired successfully and the SW2 will appear in the Sony Smart Connect app.

Watch Face
There are five default watch faces, one digital and four analog and all five of them looks ugly when you compare it with Pebble. Luckily there are a couple of paid good watch faces that you can purchase from third party developers.

Apps in SW2
Once it is paired, you should be able to see the default five apps on SW2’s home screen. They are the Alarm, Torch light, Notifications, Settings and Timer app.

The torch light app is a little gimmicky, it is just changing the screen of the SW2 to white and changing the brightness level to maximum.

You can’t manually sort the apps on the screen, you can only sort by alphabetical order or by the number of unread notifications.

Sony has a few official SW2 apps which you can install from Google Play:

I did not install all the apps, I only tried Missed Call, SMS/MMS, Gmail, Facebook, Twitter, Calendar and Weather. I tried installing the Email app but after installing, Sony Smart Connect app said that the app is not compatible with my device. I wish Sony would just consolidate them into a single app on Google Play rather than making me download all of them separately (and when I am done with this review, I have to uninstall all of them separately)!

Do note that once these apps are installed on your Android device, it will not show up on the device application screen. It will however show up within the Sony Smart Connect app.

Some apps like Gmail, Facebook and Twitter are useless on it’s own if there is no notification being pushed to them. Apps like SMS/MMS, Calendar and Weather on the other hand are able to access data on your Android device and display it on the SW2.

I am also surprised that navigating between apps in the SW2 is very smooth and almost no lag at all. This is a huge improvement over the Sony SmartWatch 1.

Notifications
When I started using the SW2, I was expecting that all my notifications on my Android device will get pushed to the SW2, but unfortunately, it doesn’t work this way. The Sony Smart Connect app doesn’t have any options that deals with notification and Sony does not have an official app that pushes all notifications to the SW2.

There are however a few paid third party apps that does it. I did not buy any of those apps because judging from the screenshots, they look a bit dodgy.

Except for Twitter, Facebook and maybe the Email app, the rest of the notifications are real time in the sense that as soon as your Android device gets it, it will be pushed. Twitter and Facebook notifications are based on sync which is pretty much useless for me. The sync internals are 15 minutes, 30 minutes, an hour and every 3 hours.

After signing into your Twitter and Facebook account in the Sony Smart Connect app, notifications from your Twitter’s Timeline and Facebook’s News Feed will be checked by default, which means every X minutes/hours, if there are any new posts in your Timeline or Newsfeed, it will get pushed, which is kinda irritating.

There are three notification styles you can choose from, detailed (default), summary and app icon.

Battery Life
With 15 minutes sync internal for Facebook and Twitter and pushing all notifications in my Facebook’s News Feed and Twitter’s Timeline, the SW2 can only last a day.

After changing it to sync every hour and only pushing notifications if the notifications are related to me (Facebook Notifications, Facebook Messages, Twitter Mentions and Twitter DM), I manage to get the SW2 to last for 5 days which is pretty good.

Again, with comparison to Pebble Smartwatch, the Pebble can last me 4 days despite receiving all my phone’s notifications. I think the Pebble’s Bluetooth 4.0 LE (Low Energy) does make a difference when it comes to battery life (the SW2 is using Bluetooth 3.0).

Water Resistant
The SW2 has a Ingress Protection rating of IP57, which means it is protected against immersion in water for 30 minutes at a depth of 1 metre and hence it is water resistant and not waterproof. You should not bring the SW2 to shower or for a swim/dive.

In comparison, the Pebble Smartwatch has a Water Resistant Mark of 5ATM, which means you can take a shower or swim with it but not dive with it.

Colored LCD vs E-Paper
The SW2 has a transflective 1.6″ color touch display LCD which is visible under sunlight and has a resolution of 220×176 while the Pebble has a 1.26″ e-paper display of 144×168 resolution.

Without a doubt, the SW2 is superior in this area, but it is not really a deal breaker for me. I am still comfortable with the e-paper display on my Pebble. I would trade good functionality/apps over the display at any time.

Summary
Coming from a Pebble Smartwatch user, I can’t really recommend the Sony SmartWatch 2 to anyone till there are better third party apps available on Google Play. Sony would also need to fix some of their official apps first (like Email). Despite being a huge improvement over the Sony SmartWatch 1, I would say it still has a long way to go.

Also being an Android exclusive, means you can’t use it for iPhone if you decide one day to switch over.

If you need a smartwatch right now, I would definitely recommend the more affordable Pebble (US$150 ~= S$188) which has better third party apps and even the official app is way better.

Check out the Flickr gallery below for more photos! 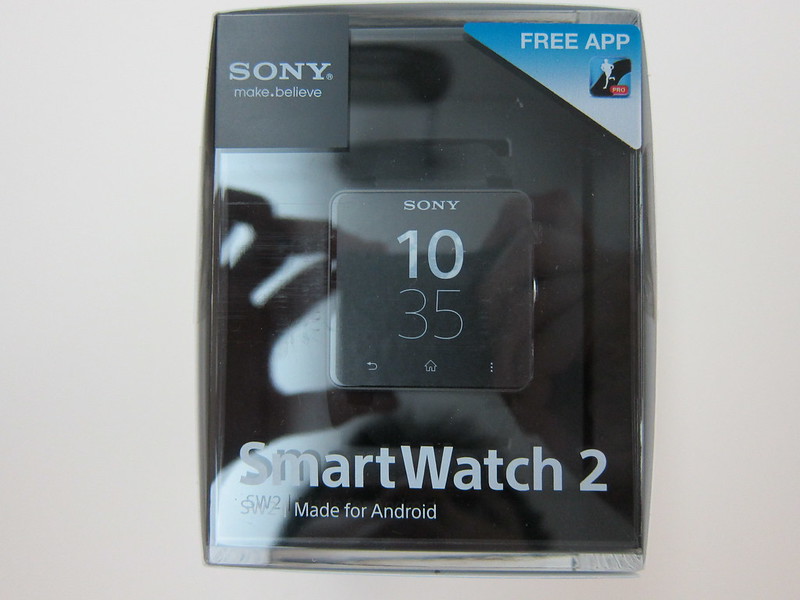 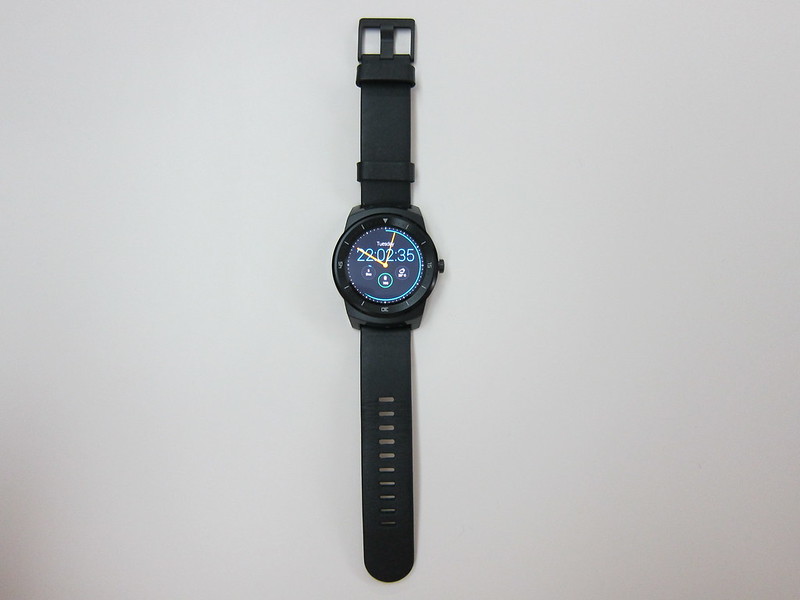 Striiv Touch is an activity tracker and smartwatch merged into one. In Singapore, Striiv products are being distributed exclusively by Axtro Sports. You can get the Striiv Touch for S$139 online from axtrosports.com or from  …
Lester Chan · 10:33, 13 Oct 14
← 3DoodlerKero – Micro USB Nomad Cable →