Tuesday, 25th February 2014
The day started with breakfast and then a 30 minute talk by Dean Patrick, Nokia Entertainment Evangelist, on Nokia Mix Radio.

After the two blogger session, we are pretty much done with MWC.
Next up was Gaudi tour of the city! Gaudi was a Spanish Catalan architect from Reus, who was the figurehead of Catalan Modernism. Gaudí’s works reflect his highly individual and distinctive style and are largely concentrated in Barcelona, notably his magnum opus, the Sagrada Família.

On the way though the walking tour, we stopped by Irati Taverna Basca for pintxos.

Dinner was Italian food at Brasería Rossini which was located at Plaça Reial!

After dinner, we proceeded on for the developer’s party at Sotavento Beach Club hosted by Nokia!

Wednesday, 26th February 2014
Since it is our last day in Barcelona, Jason and I checked out early and went to take a walk!

We checked out Vinçon which is located in Casa Milà. Vinçon is a lifestyle shop which sells lots of interesting stuff! Definitely worth a visit if you are in Barcelona!

We also went to the recommended coffee place called, Satan’s Coffee Corner, which is located inside a bike shop! If you love coffee, make sure you checked out the place! I tried the Cortado (an espresso cut with a small amount of warm milk). It only cost €1.60 (S$2.80) and it tastes good!

My flight back to Singapore was at 19:50 (GMT +1) at Barcelona Airport Terminal 1 by Swiss International Airlines (LX1957).

Once again, I would like to thank Nokia Connects (@Nokia_Connects) for the invite to Mobile World Congress (MWC) 2014! 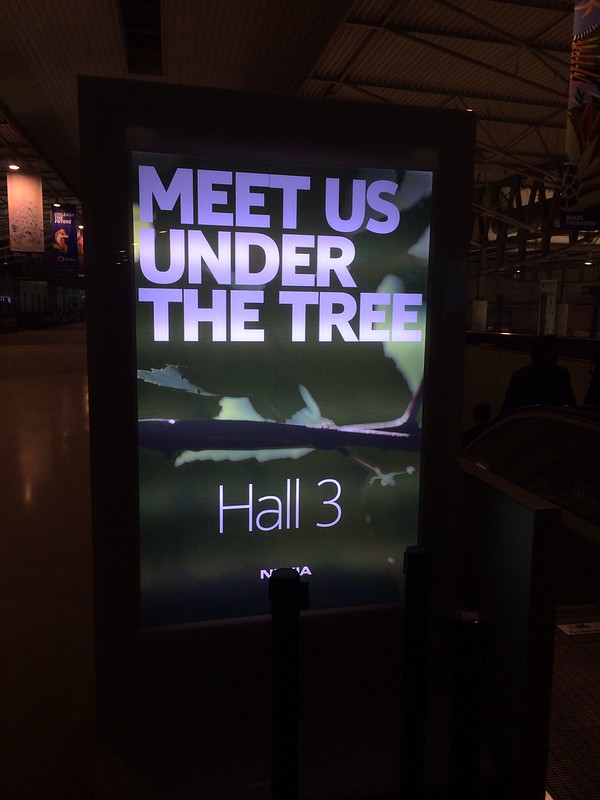