The HyperDrive 7.5W Wireless Charger USB-C Hub was born out of a Kickstarter project on 16th January 2018.

I missed the initial early bird price of US$79 (S$108) and hence my friend, Kevin Lim, asked me whether I am interested in joining him for the 2x HyperDrive early bird instead.

As the name of the product sounds, it is an 8-in-1 USB-C hub with wireless charging capability.

Notice the transparent film on the HyperDrive? Once I tore it out, it leaves a sticky residue on the plastic bottom. It took me a while to remove it. I was expecting a better quality film.

It includes a rather short USB-C to USB-C cable.

The four tiny rubber feet on the wireless charger is removable, and hence it comes off easily. When I am trying to remove the sticky residue left behind by the film, I accidentally rub it off. Because it is tiny, I think it is a matter of time before you lose it. I am sure it will come off eventually when you are carrying it around in your bag.

Wireless charging indicator is in front.

At the back houses the HDMI port, USB-C Power Delivery port and Gigabit Ethernet Port.

On the right houses the USB-C port for you to connect to your computer and two USB-A 3.1 ports.

The wireless charger also acts as a convertible mobile phone stand which gives you unlimited adjustable viewing angles. HYPER mentioned that the hinge used to make the charging stand is the same one commonly used in laptops.

The hinge feels pretty well made when I played with it. Let’s see whether it remains the same after a period of usage.

Overall, the build quality of the HyperDrive is pretty good. It is made of Aluminum and ABS plastic and weighs 204 g. Regarding dimensions, it measures 130 x 94 x 25.8 mm. This makes it very portable, and hence, it is excellent for traveling. 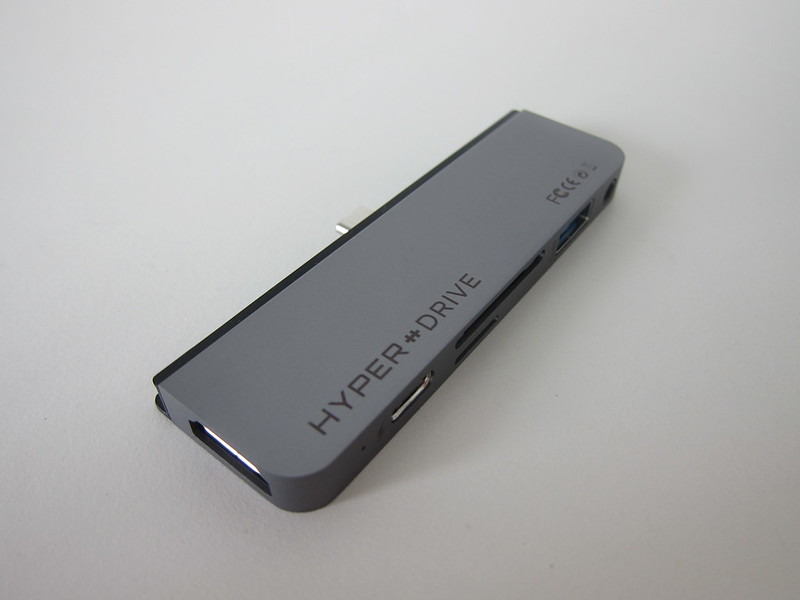 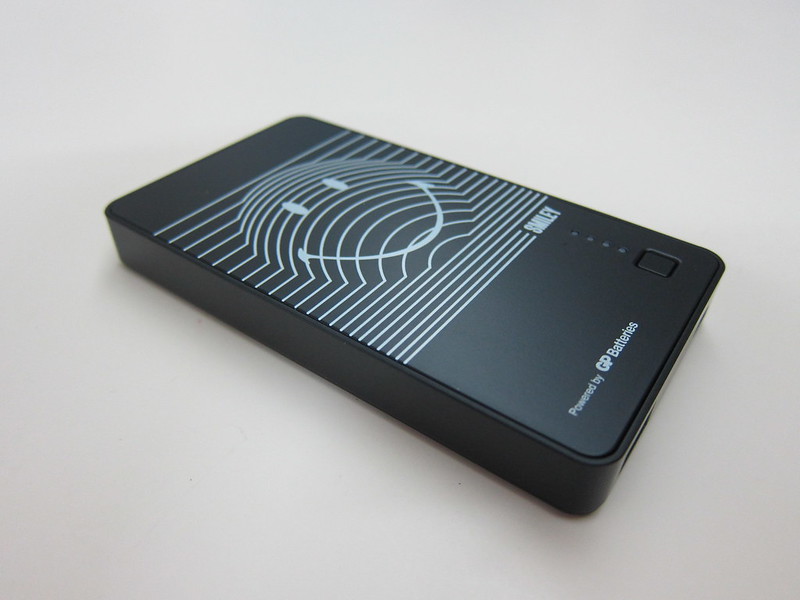