Nokia E75
The E75 is the exact clone of E51 just that it includes a slide out full QWERTY keypad. Thickness wise, it is not much thicker and it sports a 3.2MP camera. It is mean to be a scaled down version of E71. But personally, I will choose E71 over this anytime!

Nokia E55
I think the E55 looks much nicer than the E51, it is meant to replace the aging but popular E51. The keypad needs a lot getting used to, due to the fact it is a half QWERTY. In other words, each number of the keypad will only correspond to only 2 letters instead of the usual 3 on the normal keypad. The feel of it is solid but give me a very plastic feeling instead of the E51 which gives me a metal feeling. Thickness wise, it is still as thin as the E51 and sports a 3.2MP camera instead of the 2.0MP camera in E51. I seriously love the design, it reminds me of the smaller version of E71.

Nokia N86 8MP
I think the Nokia N86 8MP was not announced in the Nokia event at Mobile World Congress (MWC) yesterday But it was announced in Singapore yesterday at Showcase Nokia 2009. The embargo is till 4pm today, but apparently nobody conveyed to me about this during the event. The only time I get to know that there is an embargo is from a text message from Text 100 saying that the press release within the thumbdrive given to us stated that the embargo date/time is in the long file name of N86. Upon double checking it, there is indeed the embargo and hence I removed the N86 portion of the blog post. The filename column of my Windows Explorer is not even wide enough to see the full filename and that is why I never notice it. But if I didn’t check the press release thumb drive (normally I don’t), I will still publish the blog post, photos and video that I took of the N86.

The N86 is Nokia first’s 8MP camera (Sony Ericsson has release 12MP one). Actually MP doesn’t matter because you are not going to print that large photos anyway and they do take up a lot of space. Personally I think 3.2MP is the idea one. It is the quality of the lenses and the flashlight that matters. The N86 has something called the “automatic aperture control” which controls the size of the aperture automatically depending on the surrounding lighting. It has a dual LED flash to support poor lighting during video recording. Personally I prefer the Xeon flash from N82 over dual LED anytime as I don’t know how many people actually use dual LED for video recording. I think people tend to take more photos than videos on a phone.

Both the Nokia N86 8MP and N97 will be out before June 2009 accordingly to the spokes person. Finally the N97 prototypes are in Singapore, few days ago when I was at the Nokia Office, the N97 protos were not there yet. 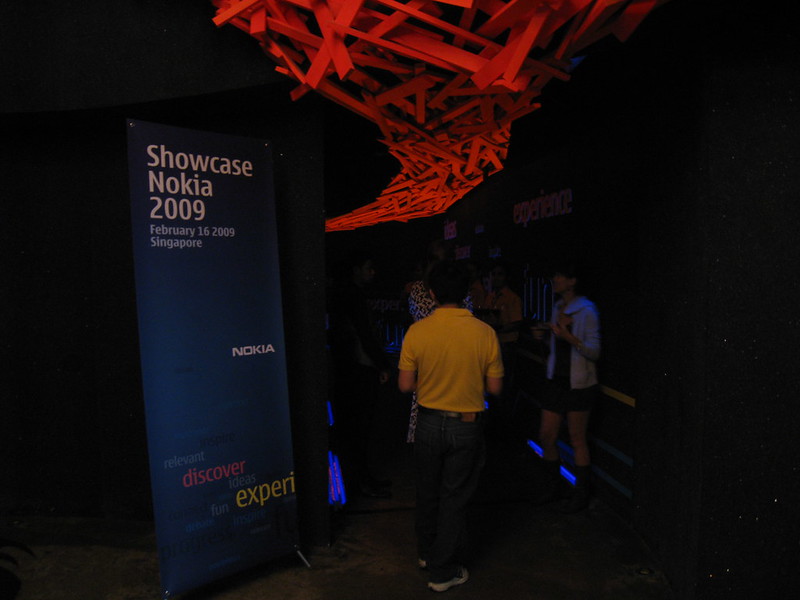 Nokia busts out its own 8 megapixel slider: the N86 : fones4.com

Nokia busts out its own 8 megapixel slider: the N86 | LinkTouch

Nokia busts out its own 8 megapixel slider: the N86 | e-Tech Gadget

Nokia busts out its own 8 megapixel slider: the N86 : ipodindia.com

What I want for my next mobile phone… | SubSanity's Asylum

What I want for my next mobile phone… « The Asylum