I took a day off and went to the LG Press Conference at Communica Asia 2009 which takes place yesterday at the Singapore Expo. The event name was called “World Premiere of LG’s Newest Feature Packed Smartphone”. 3 phones were mentioned during the press conference. The LG GD900 Crystal, LG GM730 and the LG Viewty Smart (LG GC900).

LG App Store
LG also announces their own LG Application store which will be opened on the 14th July 2009. It will have about 1,400 apps at launch time out of which about 100 of them are free apps. It will have local applications as well as LG dedicated applications. At lunch time it will only support Windows Mobiles app, if I am not wrong Java and Android apps will be supported eventually.

They also did mentioned a double assurance test on each app. The first test is by the content provider and the second test is by LG. Similar to how the Apple App Store works. I don’t really consider the “content provider” as a first test as I don’t think developer will released an untested app.

The revenue sharing scheme is 10% better than Apple. LG will get 20% and the developer will get to keep 80%.

LG GM730
The LG GM730 is a Windows Mobile 6.1 phone (upgradable to 6.5 when it is released) with the S-Class User Interface running on top of it. My first hands on with the device is that is is surprising quite smooth and doesn’t lag as much as I expected it to be. I will be getting the unit to review sometime in July 2009, so do keep a look out for it! In the mean time do check out these videos on the LG GM730: 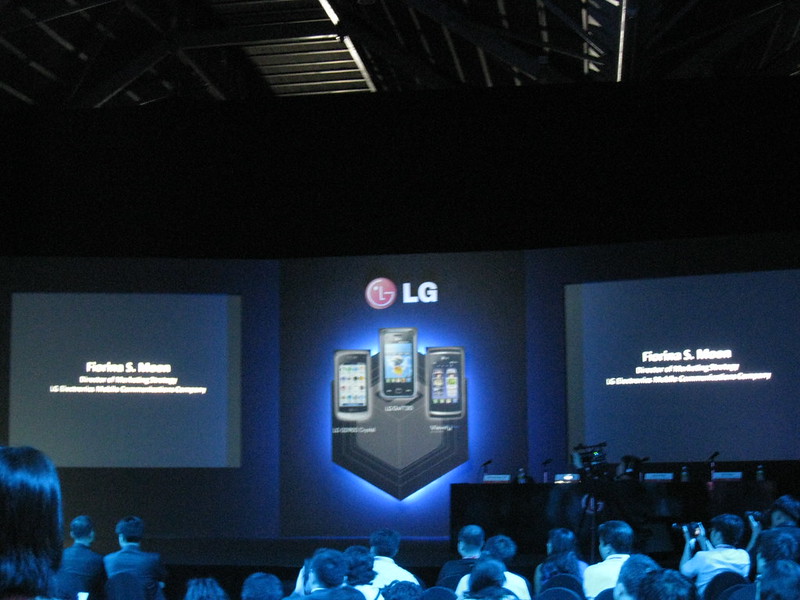