I was invited to Norton Blogger Session for the launch of Norton 360 Version 5.0, thanks to Text 100.

Here are some highlights of Norton 360 Version 5.0:

The Norton Cybercrime Index is something that is pretty interesting. It is exactly like a stock index that rises and fall each day depending on the number of threats the previous day have. These stats are collected anonymously from Norton users (about 55 million of them). No idea whether it is useful for the normal consumers though.

The PC Tuneup is something that interests me. It has a registry scanner that scans all applications that are automatically started when you boot into windows and tells you what is it, how many people are using it and what is the resource usage. I use CCleaner to delete my startup registry entries but I have to manually Google for what the .exe file is being used for just in case I deleted the wrong entry.

Not really impress with the Automated Backup that comes with it as Windows 7 can do it for you as well if you need to backup to another HDD. Despite having 2GB or 25GB of online space to store your backup data in Norton’s cloud, the speed is questionable. There are many cheaper alternatives like Dropbox or Amazon S3. Currently Norton is charging US$49.99 for 25GB per year for their Online Backup which is almost the same as Dropbox (not including the referral program) but more expensive than Amazon S3.

Prices as follows from Symantec Store (Singapore) and comes with 1 year subscription: 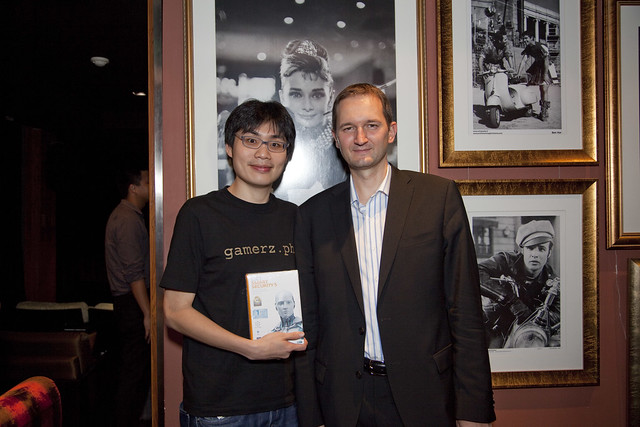 I was invited to the blogger event for the launch of ESET NOD32 Antivirus 5 & ESET Smart Security 5 last week at Screening Room. I am a huge fan of ESET NOD32 and have  …
Lester Chan · 15:04, 15 Oct 11
← Challenger At Funan Will Be Open 24 HoursFlickr For Windows 7 And Windows Phone 7 →