As part of the Nokia Rangers Program, we were asked to choose between the Nokia E6 or Nokia X7.

I am intending to use the Nokia E6 as an upgrade to my Nokia E72 which I won last year during Nokia’s Christmas Draw. I still need to use a Nokia as my secondary work phone (my primary work phone is an Android) because my company, mig33, application runs on Symbian as a Java App. As our user base are from emerging markets, they do not have the luxury of having iPhone, Android or Windows Phone 7 (though Android is catching up very fast over there).

The first thing I noticed when comparing with the Nokia E72 is the screen of the Nokia E6 is ultra sharp screen boasting a resolution of 640 x 480 pixels in a 2.46″ screen. The UI also has a major overhaul running on Symbian Anna. It supports both “touch and type” which is good as these days I am too used to touching screens. The upcoming Blackberry 9900 also supports both “touch and type”.

After playing it for a day, I find the OS sluggish which I think is pretty common to all Symbian phones, the Nokia Social App has been improved tremendously since I last played with it on my Nokia N8. The 8MP camera takes pretty good pictures as well considering this is a business phone. Overall I find the Nokia E6 worthy to be a successor to the Nokia E72.

The Nokia E6 is retailing for S$460 at Mobile Square or S$188 for a 2 year contract over at SingTel Shop. 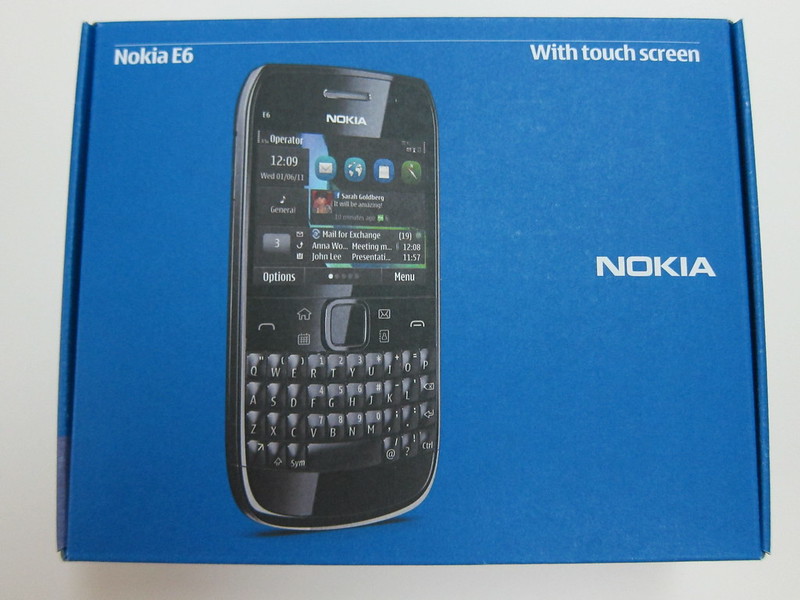