Before I start every headphone/earphone review, I must say that I am not an audiophile and hence for this review, so pardon me if I do not focus on audio quality.

I was using the Nokia Purity HD Stereo Headset by Monster and it spoilt after more than a year of usage at work. The audio jack to the headphone was loose and because of that, the audio keep flickering.

I was looking around for slightly better headsets with a budget of about S$300, even though I am not an audiophile, I can hear the difference in clarity and bass between a cheaper headphone and a slightly better one.

My only complaint of the cable is that the mic/controls are too high up in the cable which makes it difficult to see the buttons. But I guess Logitech wants to place the mic as close to the mouth as possible.

The headphone itself weighs about 300g, and personally I think the weight is just right. The Nokia Purity HD is too light because when I tilt my head backwards, the headphones tend to fall off, but with the Logitech UE 6000 I do not face this problem.

One of the complains about using a headphone, is that for prolong usage, your ears tends to get warm. I have that experience with the Logitech G930 Wireless Gaming Headset but for the Logitech UE 6000, I do not face this issue. According to Logitech website, the paddings on the headphone is made up of plush memory foam cushions which is breathable and soft-as-leather.

Besides needing the power for active noise cancellation, by having the UE6000 powered on, it seems that the audio quality has also improved (especially the bass part).

Sometimes I do forget to switch off the power after I got home. I wish it had some sort of auto-off feature where it will auto off once it detects there is no music playing after a certain number of minutes.

According to the specifications, 2 AAA batteries should give you about 40 hours of listening. I have not been able to keep track very well because as mentioned in the previous paragraph, I keep forgetting to switch it off when I stop listening.

Summary
The Logitech UE 6000 has clear audio with heavy bass (not many people will like it, but I love heavy bass). Priced at S$319, it is still reasonable for an active noise cancellation headphones compared to the Bose Bose QuietComfort 15 (S$599). To be honest, I do not know other alternatives out there that are within this price range for active noise cancellation headphones. I am pretty sure Sennheiser or Shure will have one. If you come across any alternatives, be sure to leave it in the comments. 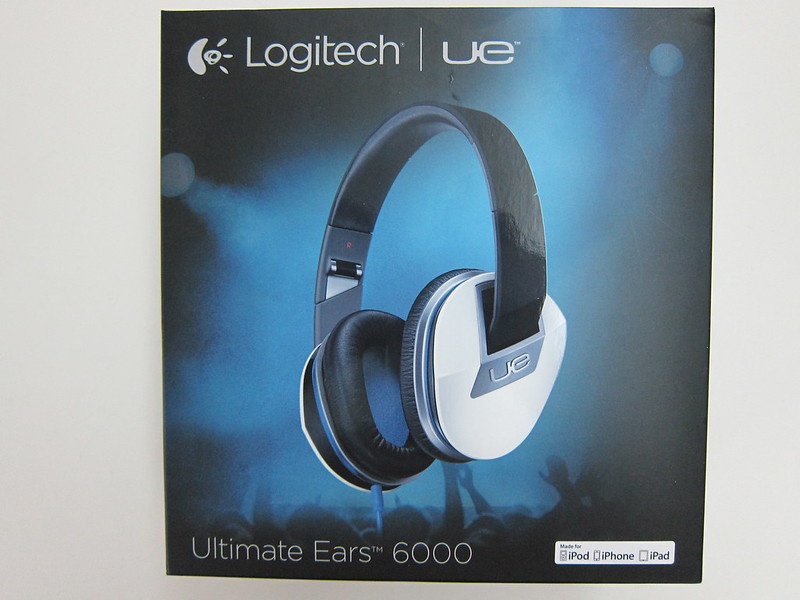