The Braven IPX5 Waterproof Portable Bluetooth Speaker BRV-1 is retailing for S$228 from physical stores such as EpiCentre or Infinite (Apple Shops at Best Denki). Alternatively, you can also get it online from Ban Leong’s eStore.

Besides being a lightweight rugged Bluetooth speaker (346g), it also double up as a emergency portable charger using the built-in battery capable of outputting up to 1A. The 1,400mAh built-in battery will give you about 12 hours of music. Charging is done by micro USB and there is a 5 dots LED indicator to indicate the battery status.

If you do not have a Bluetooth enabled music player (which is rare these days), the BRV-1 also supports line-in audio as well. The BRV-1 is capable of producing 3 watts of audio output per channel and has a 70mm passive subwoofer. At maximum volume of the BRV-1 and 50% volume of my iPhone 5 is pretty loud for me.

There are 4 big buttons at the top of the BRV-1 which consist of the power button, play button and volume controls.

It is IPX5 water resistant which means you can bring it to the beach or even the swimming pool without worrying about it in contact water. Do note that it is not meant to be used underwater!

IPX5 is the grade at which a phone continues to function when directly subjected to 12.5 L of water per minute from all directions using a 6.3 mm inside diameter nozzle at a distance of approximately 3m for at least 3 minutes.

One surprising feature in the BRV-1 is the built-in noise cancelling microphone. This means you can use it as a speakerphone and take calls from your Bluetooth enabled phone. 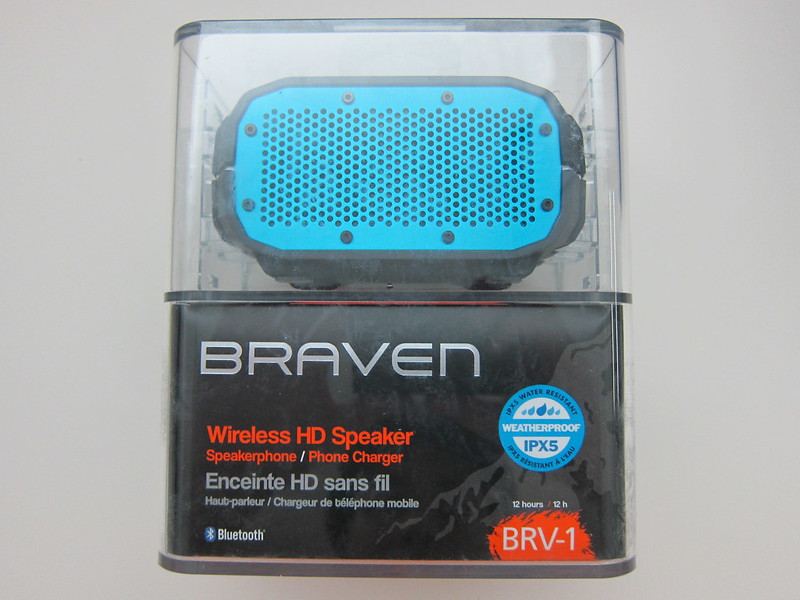 The only speaker in Sudio's audio lineup is the Sudio Femtio. Sudio Femtio retails for S$189 and is available in three colors, Silver, Black, and Anthracite (Rose Gold + Grey). Shipping to Singapore is free  …
Lester Chan · 09:00, 04 Nov 20