Last Saturday, 29th May 2010, Starhub and M1 begun selling MicroSIM cards and SingTel will follow behind on 1st June 2010 which is tomorrow.

No idea whether does the telecos here allow MultiSIM card to have MicroSIM or it is strictly for data plans only. Nevertheless, you still can cut it to MicroSIM size by using just a scissors. Just BECAREFUL not to even snip a bit off the golden metal contact point as it will make the SIM card useless.

I failed the first time because I snipped a tiny weeny bit off the contact point, but thank god SingTel replaces my “damage” SIM Card for free, I tried the second time and it works perfect!

Lets hope SingTel do better the next round and be the first to bring in iPhone 4G instead.

On a side note, there is no press release from M1 that says they are selling MicroSIMs. Hmmm.

APPLE users who have to resort to cutting their SIM cards down to fit their iPads can soon purchase mini SIM cards created for that purpose, from Saturday.

Telcos Starhub and M1 will begin selling micro-SIM cards, specially tested to work with devices which use them, in stores. SingTel will follow suit from 1 June.

Although the telcos do not want to link the availability of these new cards with the upcoming launch of the iPads in Singapore in July, the iPads are the only devices around right now that use such micro-SIM cards, about two thirds the size of regular ones.

Many Singaporeans are already one step ahead, fitting their crudely-made micro-SIM into the iPad 3G.

In its statement announcing its micro-SIM cards on Thursday, Starhub said the micro-SIM cards will be available to those who sign up for its 7.2 mbps mobile broadband plan, dubbed MaxMobile Ultimate.

Likewise, M1’s card will also go with its 7.2 mbps mobile broadband plan while SingTel’s cards, supporting the highest speed of the three, will be up to 21 mbps. 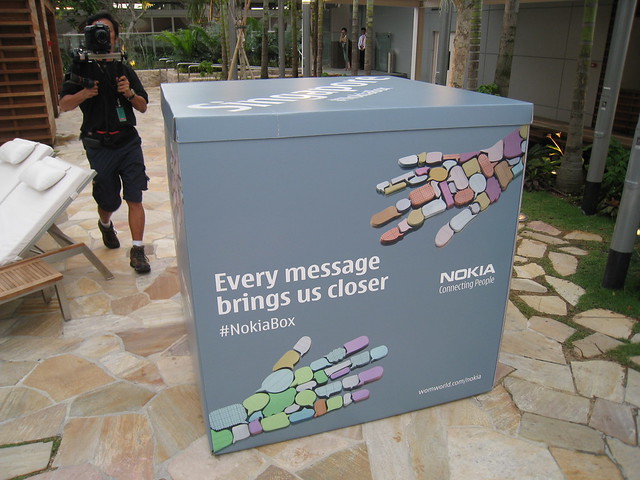 Yesterday was #NokiaBox Message #3. The task is unboxing of a gigantic box which contains 2 phones, the Nokia C6. I get to know the details before hand after seeing Mark's post, Behind the Scenes  …
Lester Chan · 23:16, 19 Aug 10 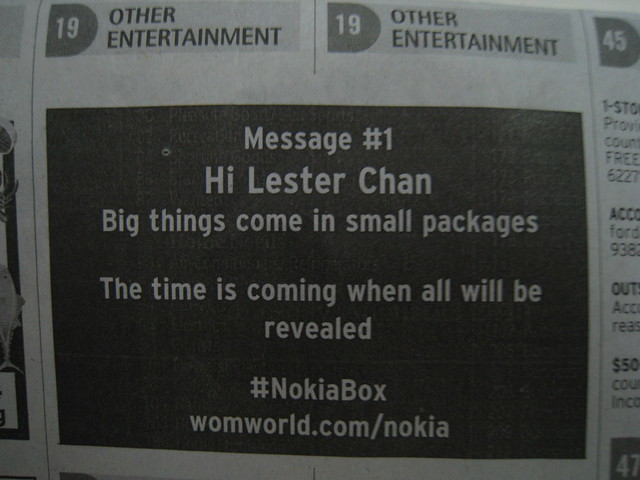 Took part in a Nokia contest organised by WOM World which involves blogger from London, New York, India and Singapore. I have no idea what is it at the moment. The only clue I get  …
Lester Chan · 19:50, 13 Aug 10
← mig33 Is Hiring!FIFA World Cup 2010 Matches And Schedules →