The location was at Marina Bay Sands Convention Centre (Hall F) instead of the usual SingTel Comcenter. As this is a proper convention center, the space is huge and it is fully air-conditioned. This time around, it is strictly by appointment basis and no walked in is allowed. They are a few “layers” of security to make sure that happens. Even if your appointment is at 3 am but you came at 11 pm, they will make you queue up under the 3 am queue. As long as people followed their appointment timing, things will be smooth.

I reached there about 9.30 pm and the queue was not that long which is a good sign. At 10 pm they are let into the hall to process the necessary paperwork. Once that is done, they will get a queue number and they are free to roam around the hall (including going to the toilet) while listening to the DJ’s music and live performance by a local band named, 53A. Glenn Ong was the host this year, he has been hosting all 3 iPhone launches. He saw me playing with my iPad and when I let him played with it, he is convinced that he is going to get one!

There are small booths around the hall ranging from displaying SingTel’s exclusive localized mobile applications to iPhone 4 accessories and even trade-in booths. All these are done before the midnight launch of the iPhone 4. So when the clock strikes 12, all you have to do is wait for your queue number to be called, get your iPhone 4 and pay it!

There are a total of 80 counters there this year which is much more than previous iPhone launches. Once the clock strikes midnight, the black curtain covering all the 80 counters were lifted! It was a pleasant surprise as I expected it to be some iPhone 4 display!

Technically it should not take you more than 1 hour from queuing to walking out with your iPhone 4 in your hands. I hope SingTel will keep to the same arrangement when iPhone 5 is launched next year.

Instead of the 1st three who will get coverage from the press, this time around it will be the 1st ten customers.

The 2 major complains I have is that the music is way too loud, it makes it difficult for the Customer Service Officer (CSO) to listen to what their customers are saying and also the light should be brighter as I heard some mid-aged people complaining the light is too dim for them to see clearly.

<rant>Marina Bay Sands is not drivers friendly as the parking charges are way too expensive. S$8/hour and capped at S$24/day. I have to park at Marina Square which is only S$2.14 per entry and walked all the way to Marina Bay Sands and back which adds up to like 6KM in total. To those people taking MRT, the nearest MRT is either Marina Bay or City Hall and the walking distance from the MRT stations is equally far! Maybe next time the location can be changed to Suntec City or even Singapore Expo!</rant> 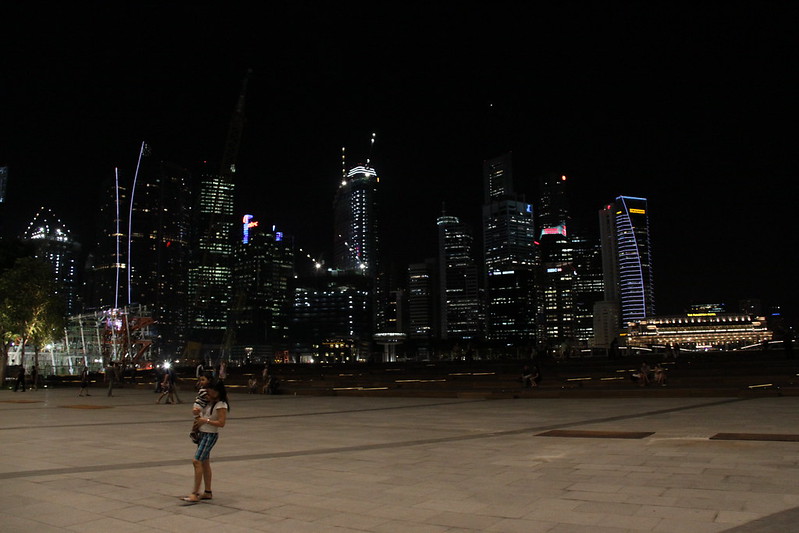 The Nokia Lumia 900 was announced back in CES 2012 which supports LTE and exclusive to AT&T. During Mobile World Congress 2012, Nokia announced that the Nokia Lumia 900 will also be available in a  …
Lester Chan · 08:38, 09 Apr 12
← StarCraft 2 – Wings Of Liberty – Collector’s EditionSwitchEasy Nude For iPhone 4 →