I was there last year at the Singtel iPhone 3G Launch queuing up for the iPhone 3G as a normal consumer. This year I was also there, but with a media pass. I was there pretty early at about 1.30pm because I have to go to Funan to run some errands. The media event started at about 3.30pm. We are brought around the Comcenter by Yuen Kuan Moon, the EVP of Consumer from Singtel. He explains to us the various part of the queue structure and how the customers will move about when queuing. Apart from that, Singtel announced a new service called Mio TV on Mobile. Customers can get to stream live tv stream from Channel 8, Channel News Asia, Bloomberg and a few others. It is not an iPhone App, but rather the streaming is done in Safari itself. It is pretty impressive as the quality is watchable and it doesn’t lag.

According to Kuan Moon, this year the response was much better than last year. He did not give an exact figure but he says in thousands. Last year the launch of iPhone 3G is basically register of interest and user still have to queue up. But this year, Singtel did a pre-order and require the customers to make a deposit of S$50 before queuing. There is also a separate queue for walk-in customers which closes at about 9pm due to the overwhelming response on the pre-order queue.

The event was not a midnight launch but rather only a 4 hour event from 8pm all the way to 12midnight. I have no idea whether they closes at 12midnight yesterday as from what I know at 9pm, the waiting time was 6 hours according to their website.

Similar to last year, the host this year was Glenn Ong from Class 95 as well. Mediacorp artists like Pierre Png, Joanna Peh, Felicia Chin was also there. Instead of the glass house which Singtel specially built for the iPhone 3G launch last year, this year they are using tentage. Also, there are tentage all over the queue area because some customers complained about being in the rain as last year when they are queuing up. 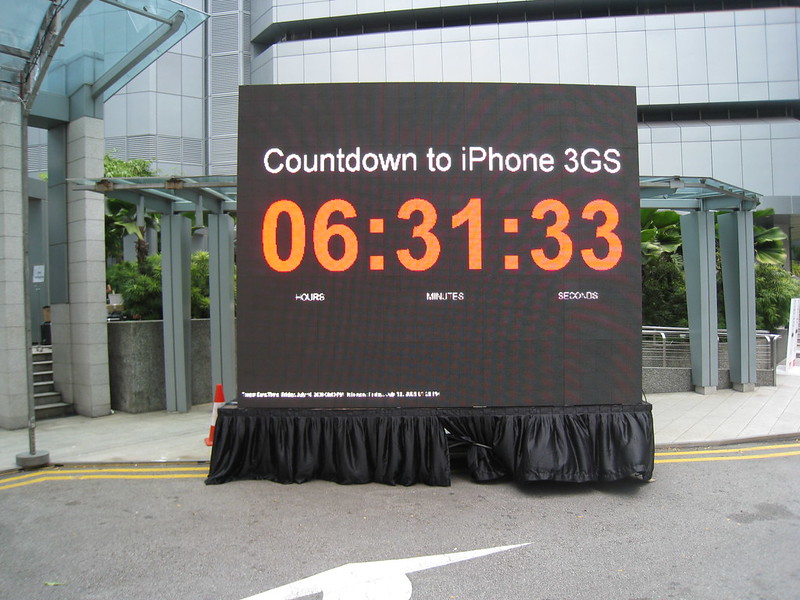