If you are in the US, you can watch Netflix, Hulu Plus as well as movies, TV shows, and music from Google Play. However for normal users in Singapore, there is nothing much you can do with it beside streaming YouTube videos and mirroring your Chrome tabs.

Looks like Google just opened up Chromecast Android app to be available internationally. You would need to download the setup software from cast.google.com/chromecast/setup using your Mac or PC to set it up or alternatively, you can set it up using the Chromecast Android App on your Android phone.

I tried streaming YouTube videos from my iPhone 5, HTC One and my iMac and it works fine but when I tried to mirror any website on Chrome, it is a little laggy when scrolling.

To stream YouTube videos or mirror any tabs on Chrome, you would need to intsall the Google Cast plugin for Chrome. It will work for both Mac and PC as long as you are within the same Wi-Fi network. You might need to restart Chrome after installing the plugin for it to detect your Chromecast.

If your television’s HDMI ports are at the back and has some issues with space after the Chromecast is plugged in, Google did include a HDMI extender in the packaging which you can use.

Overall for US$35, the Chromecast is a pretty good deal and I hope Google will eventually open up other services in Google Play to Singapore users like what Apple did to it’s iTunes Store last year.

Enjoy the pictures embedded below!

YouTube
As noted by Li Xiang, if you stream YouTube videos using Chromecast, you will have the option of clicking next or previous videos but you can’t do that if you are streaming YouTube videos via AirPlay. 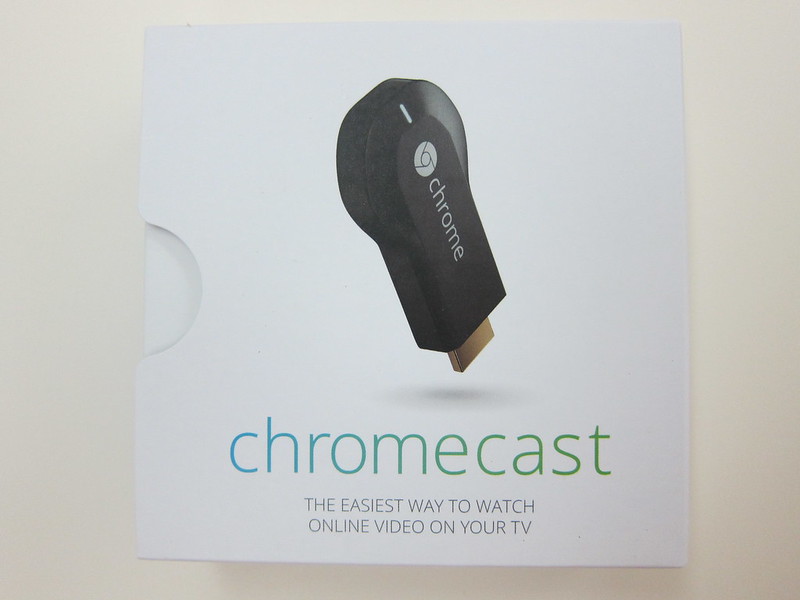