Nokia World Day 2 starts at 9am as well and the opening keynote was given by Colin Giles, Executive Vice President of Sales.

Since this is the second and last day of Nokia World 2011 and nothing new will be announced, the crowd was a little lesser and we are able to take more pictures of the product and hence this post has more pictures than words!

The first booth I went to is to see the Nokia N9 in White, the phone is beautiful! It is finished in glossy white instead of the normal Nokia N9 which has a matte finishing.

The Nokia N9 White will be priced the same as the regular Nokia N9 and it will be available in both 16GB and 64GB variant and it should be released sometime in December 2011.
Headed up to the 2nd level to take a tour of the revamped physical Nokia Store for the promotion of the Nokia Lumia 800.

This will be the glass display you will be seeing in official Nokia Stores all over the world.

It’s literally bring your focus from the window all the way to the phone.

Nokia Nano Magic is a coating that you can apply to your mobile phones to make it water repellent. When in contact with water, the water droplet will not spread instead the coating makes the water droplet stay together and hence it can just flow off the surface. Take a look at the demo video below which I have took.

Went back down to take more photos of the announced phones and it’s accessories. Below are some highlights from the gallery!

And of course the highlight of the whole show is the 2 new Nokia Windows Phone 7 handsets.

I had took quite a lot of photos of the products, too many to put them inline in this post, so check out the embedded gallery below or visit this Flickr Gallery link!

Data Sheets
I have uploaded the official data sheets for all the products announced during Nokia World 2011. They are in PDF format.

I left the place at about 4pm and headed back to the hotel for rest before joining the rest of the bloggers back at 6pm for a open-top bus tour around London!

Dinner was at Altitude 360 which has a gorgeous view of London at night and it is a 3-course dinner! 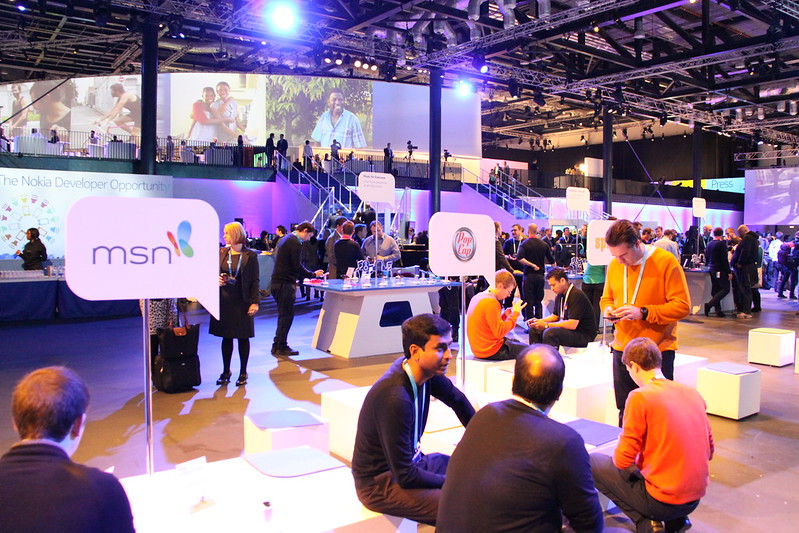 Stay tuned for my last blog post for Nokia World 2011 which is the post event where we took the London Eye and went for a river cruise along River Thames!