Nokia Lumia 610 is the only new Lumia phone announced at MWC 2012 (Nokia Lumia 900 was announced at CES 2012). It is announced in conjunction with Microsoft’s strategy of lowering the minium hardware requirements and hence the cost of Windows Phone to consumers.

Windows Phone OS now supports a lower cost processor, the Qualcomm 7x27a “system on a chip” running at 600MHz with reduced memory of at least 256MB and hence making it more affordable to emerging markets.

Nokia Lumia 610 is the first Windows Phone to take advantage of this new scheme and ZTE will follow suit with the ZTE Orbit in Q2 2012. For the Nokia Lumia 610, the processor being used is Qualcomm Snapdragon S1 running on 800MHz which is better than the minimum specs while the RAM remains at the minimum at 256MB.

As with all Nokia Lumia devices, the Nokia Lumia 610 (being the fourth Lumia device) will also comes with Nokia Maps, Nokia Drive, Nokia Transport, Nokia Music and Nokia Reading.

The design of the Lumia 610 is slightly different from its family as it comes with beveled metallic edge (which is similar to the Nokia Asha family) to give users a feel that it is a premium product. It is using micro SIM and comes with 8GB of built-in storage. There is no expandable storage simply because (I am guessing) Windows Phone 7 does not support it. If it does support, I am willing to bet that Nokia will include it in. 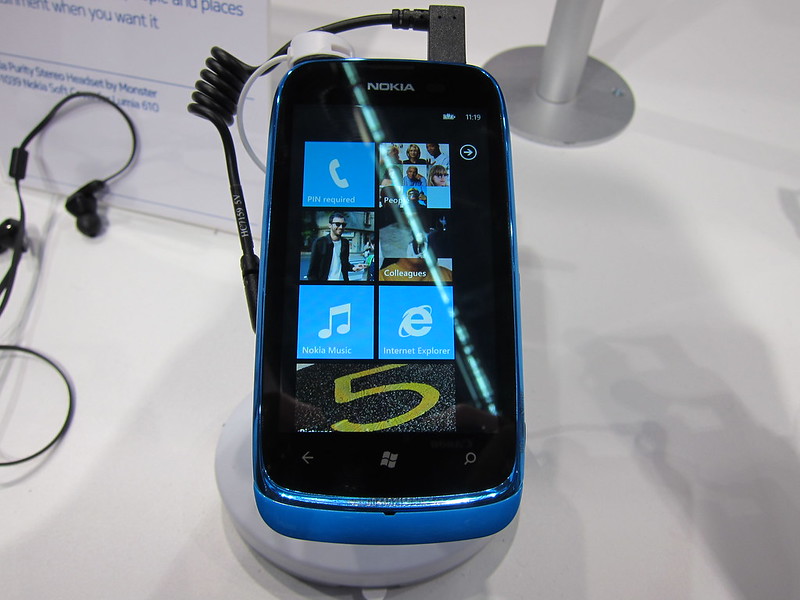 Nokia Lumia 610 Available In Singapore From 5...