It is a high-performance 2-bay NAS targetted at small office and home users who want an efficient and secure storage solution to protect and share data, as well as enjoy on-the-fly video transcoding.

The DS216+ is the fourth model and the highest end of the DS216 series. The first is the budget friendly DS216se (they used to end it with j instead of se), followed by the multimedia model, DS216play, and the mid-range DS216.

The main difference between the models is normally the CPU, RAM and the hardware transcoding engine.

Setup
The first setup step would be to open find.synology.com in your browser and Synology Web Assistant will attempt to locate your NAS in your local network.

Once it detected your NAS, you will be prompted to install the Synology DiskStation Manager (DSM) and thus wiping all the contents on the HDD in the NAS. DSM is the operating system (OS) used to power Synology NASes. It is currently in version 5.2 and 6.0 will be due in March 2016.

After installing DSM, your NAS will reboot and you can login with the username “admin” and password can be left blank.

You will now be brought through a setup wizard and you can follow the instructions accordingly.

I will be using the DS216+ for my new house and my current DS210j will still be at my parent’s place.

By having two Synology NASes at different physical locations and having one replicating the data over to the other, it mitigates the risk of data lost if one of the house is caught fire.

We can lose the NAS as you can buy it again but we can’t lose the data in it.

Brightness Control for Front LED Lights
Normally I place my NASes outside my room, so the brightness of the LED indicator lights are not a concern to me.

However, if you are placing your NAS in the same room as you sleep in, you will be happy to know that DS216+ comes with a four-level brightness control for the LED indication lights.

You can adjust the level of brightness in: Control Panel > Hardware & Power -> General. The default is full brightness.

USB Copy Button
The only USB 3.0 port of the DS216+ is located in front and it now comes with USB Copy button. By pressing the button, you can copy the files in the USB drive to a predefined destination on the DS216+.

To enable it, you can go to: Control Panel > External Devices -> USBCopy

Btrfs File System
Besides Ext4, the DS216+ comes with the Btrfs (B-tree file system) (pronounced as Butter FS). The Btrfs is based on the copy-on-write (COW) principle which was designed by Oracle Corporation for use in Linux.

The area where Btrfs shines is transferring files. Since it uses COW principle, copying files to the NAS will be much faster, however reading files from it will be slower.

For the DS216+, Synology defaults to Btrfs when it did the initial formatting for you when installing DSM.

Both Ext4 and Btrfs has it’s own pros and cons, you can read this article on the comparison between them.

Intel AES NI
I don’t encrypt my files on my NAS because they don’t contain sensitive information, but if you do, I am sure you will be happy to know that encryption and decryption will be faster on the DS216+.

Based on Synology benchmarks, it will give you an encrypted data transmissions of about 113 MB/s for reading and 109 MB/s for writing.

Hardware Transcoding Engine
Transcoding is needed because your device or digital media player (DMP) will not be able to play certain video formats. Plex Server and Synology Video Station may be able to transcode it to watchable formats on the fly when you stream it.

Summary
If you are looking for a powerful NAS with an awesome OS that doesn’t break your bank, the Synology DS216+ is for you.

Despite the DS216+ has a cheaper alternative which is the DS216se that retails for S$217, it might not be powerful enough for you as you use it along the years. You might end up getting frustrated with the slowness as time passes.

I am guessing a Synology NAS can last you about 8 to 10 years? My DS210j is 6 years old and still going strong!

I would rather you save a little bit more and go for the DS216+ which retails for S$499.

And as always, choose WD Red HDD to go with your NAS. 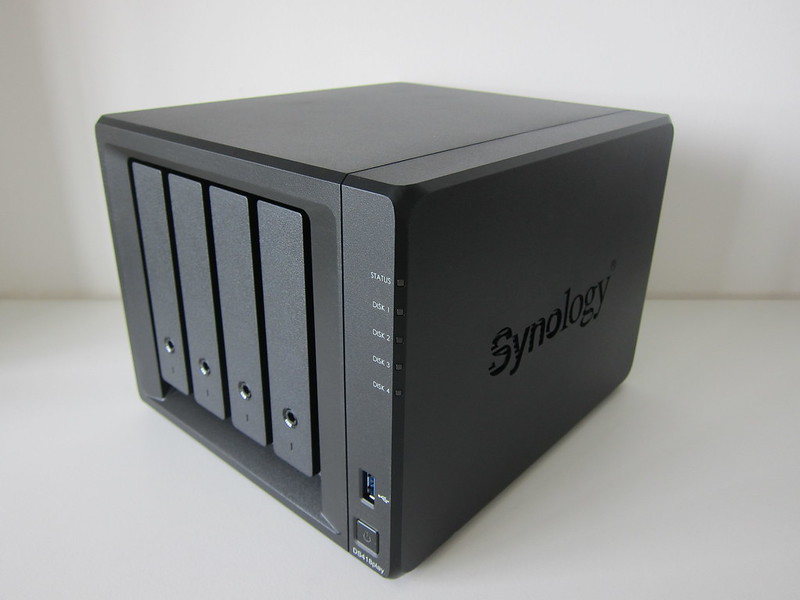