Synology DiskStation DS918+ is Synology’s flagship 4-bay NAS for prosumers and it belongs to the Synology’s Plus Series of NAS.

It cost S$100 more than the Synology DiskStation DS418play and with S$100 more, you get a quad-core 1.5GHz (burstable to 2.3GHz) processor, 4GB RAM, extra eSATA port and the ability to add in two M.2 NVMe SSD for system cache.

In case you are wondering, DS418play belongs to Synology’s Value Series of NAS.

Both the DS918+ and DS418play are powered by the same DiskStation Manager (DSM). So there is no difference regarding software. The only differences are in the hardware as stated above.

Similar to DS418play, it comes with two Gigabit Ethernet ports, allowing for link aggregation and failover.

There are only two differences between DS918+ and DS418play.

The DS918+ comes with an additional eSATA port in addition to the two USB 3.0 ports (one in front and one at the back).

Upgrading RAM
Since the design is similar to the DS418play, the RAM slots of the DS918+ is also located at the same place. It is on the right-hand side of the inside of the DS918+.

Migration
Migration between a 2-bay DS216+ to a 4-bay DS918+ is straightforward, and the steps are the same as my migration from DS415play to DS418play.

Since this is an upgrade from 2-bay to 4-bay, you do not need to insert all four hard drives at the same time. You just need the two hard drives from the 2-bay DS216+ first. And similarly, the hard drives must be inserted in the same order.

After you inserted both hard drives, just boot up and proceed on to visit find.synology.com using my browser. The status should show “Migratable,” and just follow the onscreen instructions.

The whole process takes about 15 minutes where a bulk of it goes to downloading and installing the DiskStation Manager update followed by rebooting the DS918+.

After rebooting, you will be redirected to a DSM login page, and that means your migration is successful. You can now insert the two blank hard drives and go to Storage Manager > Volume > Manage > Expand the Volume by adding hard disks.

It will take more than 24 hours to expand your volume.

Configuration the SSD Cache
After installing the M.2 NVMe SSDs, you need to configure it within the DSM.

There are two modes of SSD Cache, read-write cache, and read-only cache.

For the read-write cache, you need two SSDs, and they have to be put in RAID-1 mode. Synology recommends using the same SSDs for both slots for better compatibility and performance.

For the read-only cache, you can just use one SSD.

Since I upgraded to 8GB of RAM, this is not an issue. I highly recommend everyone to do the same as well.

It takes about three minutes to create the 1TB of read-write SSD cache.

Benchmark
The benchmarks are done using fio to test how much difference can the SSD read-write cache makes. I have upgraded the RAM from the default 4GB to 8GB, and hence this benchmark is done on 8GB of RAM.

Similar to Andy, for the reach-write SSD cache, I ran five sets of writing and reading before running the benchmark.

When the read-write SSD cache is enabled, you can notice massive improvements to the read and write speed of the DS918+. Both performances increased by more than 1,900%.

Given that read-write cache is enabled, we expect to see lower latency since reading from a cache is always faster than reading from the hard drives. This is still true as shown in our benchmarks above.

Think of it as running your Dropbox using your Synology NAS. You store the data remotely on your own NAS, and hence you own the data.

DS Cloud is the app on your mobile devices that are used to access your files stored on Cloud Station Server.

If you are running multiple Synology NAS, you can use the Cloud Station ShareSync to sync files between them.

Cloud Sync
Not to be confused with Cloud Station, Cloud Sync allows you to sync your files in your public cloud to your Synology NAS.

I am using it to backup my files to my Dropbox and OneDrive to my Synology NAS.

To some, both might be expensive, but a NAS is worth the investment because you can use it as a media streaming server and a backup server.

If you do not like the idea of public cloud syncing services like Dropbox, you can always roll your own with Synology Cloud Station. You do not need to pay any monthly subscription fee as it is free.

The initial investment of the NAS might be expensive. You need to buy the DS918+ for S$811 and four WD Red 3TB hard drives at S$179 each. The total sum is about S$1,527. But fundamentally, a NAS is like a computer, and it consumes less power than a desktop computer while running 24/7.

What makes Synology stands out among other NAS is the DSM that powers it and the flexibility through its packages. You can set up almost anything on a Synology NAS, ranging from Active Directory Server to Web Server. You can even install third-party packages like Plex on it. 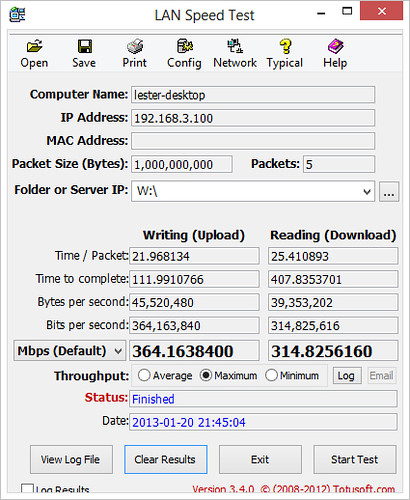 In the first part review of the Synology DiskStation DS413j, I talked about unboxing and setting up and in this second part review, I will talk about the performance, backup and CloudStation. Performance LAN Speed  …
Lester Chan · 08:57, 15 Feb 13 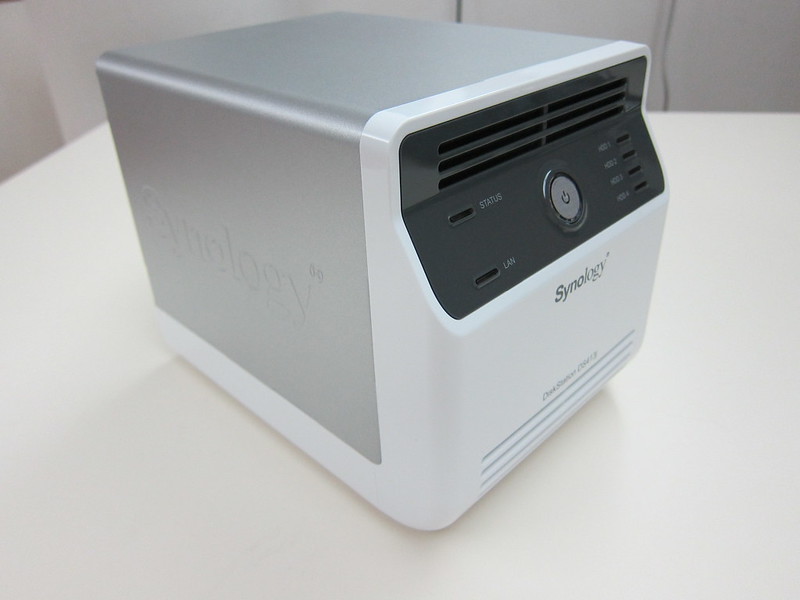 I am being seeded the Synology DiskStation DS413j alongside with 3x WD Red 1TB hard disk drives for a 3 part review. For the first part, I will talk about the unboxing and setting up  …
Lester Chan · 10:53, 25 Jan 13