The first day of MWC begins at 6am as the bus will be coming to pick us up at 7am from the hotel.

The Nokia booth is located in Hall 7 which is about 8 minutes walk from the main entrance. The press conference begins at 8.30am. We reached the MWC venue at 8am but the main press conference hall is already full! So they placed us in an “overflowing” hall which is just beside it. This also means we can’t see the press conference live and everything is projected out for us to see in the hall.

I will cover these phones in separate blog posts once I have completed the coverage of MWC.

I spotted the upcoming Nokia DC-16 Portable Charger which is available in 4 different colors, Black, White, Cyan & Fuchsia (Pink) and will be retailing for €25 (S$41). It has a battery capacity of 2,200mAh and it comes with matching Micro USB cable as well!

We headed out at about 11.30am to Hotel AB Viladomat for a Q&A Session with the product managers of Nokia 808 PureView (Damian Dinning & Vesa Jutila) followed by lunch at the hotel.

Check out My Nokia Blog: Q&A with Damien Dinning on the Nokia 808 PureView (+Photos) for more information regarding the Q&A.

After lunch, went back to the Nokia Booth at MWC and they have ice cream stall in it! Yay!

Caught up with an old friend, Dinesh (now based in Nokia HQ) who was the first person in Nokia to contact me to attend Nokia’s media event, Nokia: Go Play, back in 2007!

As we have some time left before dinner, we went around MWC taking a look at other booths

Dinner was a Nokia/Microsoft party happening at El Molino. The party was great and of course there are free phones to be given away. Just beat the top score of Fruit Ninja and you walk away with a Nokia Lumia 800!

I manage to grab 2 free Windows Phone t-shirts, 1 t-shirt from Level 6 – VIP Lounge (I checked-in using 4square into the venue) and 1 from Level 4 – Ninja Dojo (they are giving it out).

Love the Skype cushion and Windows Phone seats in the VIP Lounge!

The bus came to pick us up to the hotel at 11pm, it was a little early for a party to end so early but we are kinda tired as it has been a long day! 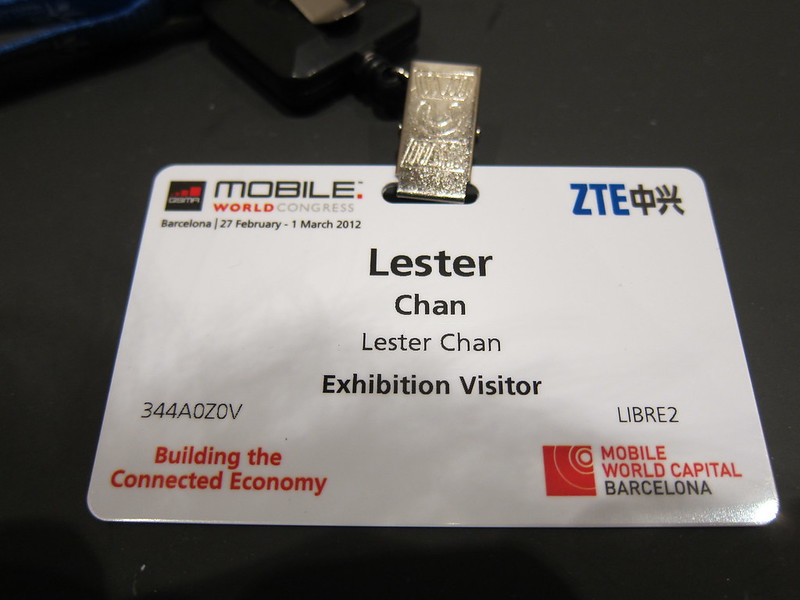