Do note that eero doesn’t ship to Singapore directly, and hence you have to ship it through a freight forwarder like HopShopGo.

Don’t worry about power because the power adapter that comes with it is 110 – 240V compatible. You just need to get a plug adapter from US 2-pin to UK 3-pin.

Setup
eero is setup using an iOS or Android app. There is no web interface for eero.

When you register for an eero account, you need a valid email address and a US/Canada mobile number. Since I am not from the US, I entered my HopShopGo telephone number that has been given to me.

The eero is the gold standard for router setup. I have setup many routers before and none of them is as easy to setup as eero.

Throughout the setup process, the app tells you what the eero is doing. This subtle feedback gives me an assurance that everything is ok and on track.

Because the app detects and connects to your eero via Bluetooth, it is able to give you an update in the app on what the eero is doing, even when the eero is being restarted.

The speed test is done on the eero app itself. It seems that the test server is in the US (which makes sense) as the eero is not meant to be used outside of US.

Hence, you will never be able to see good speeds if you are in Singapore.

This review is based on eero v2.0 firmware.

Bridge Mode
By default, the eero is set up to replace your router. However, if you want to use your existing router for managing your DHCP and eero for wi-fi, you need to disable the wi-fi feature in your router.

Once that is done, you have to set the eero to be in bridge mode. Menu -> Network Settings -> Advanced Settings -> DHCP & NAT.

Coverage
eero said that a set of 3 will cover the average US home (2,000 to 4,000 sqft). But in the US, most houses have wooden walls and wi-fi signals can penetrate wooden walls.

However, in Singapore, our walls are concrete and that makes it more difficult to penetrate.

Like all new BTOs, the Internet point is always near the door which is not very strategically located. Hence, I think a 3-pack eero will work better for us.

You can checkout the heatmap that I did for the 2.4GHz and 5.0GHz band of my existing Asus RT-AC88U router:

As you can see from the heat map above, after Bedroom 2, the signal starts to get weaker.

With eero, there is no more bluish area around my house and three eeros are more than enough to cover my whole house (though I think a fourth eero one can be placed in the kitchen).

I placed one eero at the Internet point (near the Ramp), one in Bedroom 2 and the last one in Main Bedroom.

All my eeros are connected via Ethernet as I have LAN points in every room. If you need help, check out this eero’s blog post: How should I configure my eero network?

I did a speed test while walking around my house, and the transition between the eeros is quite seamless. The handing over to different eeros is about three seconds.

Speed
Wireless speed wise, it doesn’t seem to be faster than my Asus RT-AC88U or the Linksys EA9500.

If you think it might not be a fair test because I did the tests on different days, well, I tried running the tests once in a while since December, but the speed always hovers about 300+Mbps down and 150+Mbps up.

Conclusion
Wi-fi mesh will be the next big thing for consumer networking companies in 2017 as people come to realize that the range extender solution sometimes just doesn’t work well and it can be cumbersome to setup.

If you need good wi-fi coverage while relying on your current router to handle DHCP and routing, the eero is definitely for you. That is because you can disable the wireless feature of your router and run eero in bridge mode as mentioned earlier.

The seamless routing feature of the Linksys EA9500 and Linksys RE7000 is a good alternative to the eero because it has better speeds but it comes at a higher price.

I would recommend you to wait for the eero price to drop back to US$399 or lower as I think that is a more reasonable price to pay rather than the normal price of US$499.

Google Wi-Fi is another alternative to eero, but Google Wi-Fi doesn’t support bridge mode and hence you have to use it as your main router.

Personally, I don’t have faith in Google hardware except for Chromecast. They tend to kill it eventually or have no directions for the product at all. Just look at Chromebooks and Android Tablets.

Whereas for eero, it is their core product. You can be sure they will make it the best or they will not be able to survive in such a competitive market with players like Cisco/Linksys, D-Link, TP-Link, Asus. 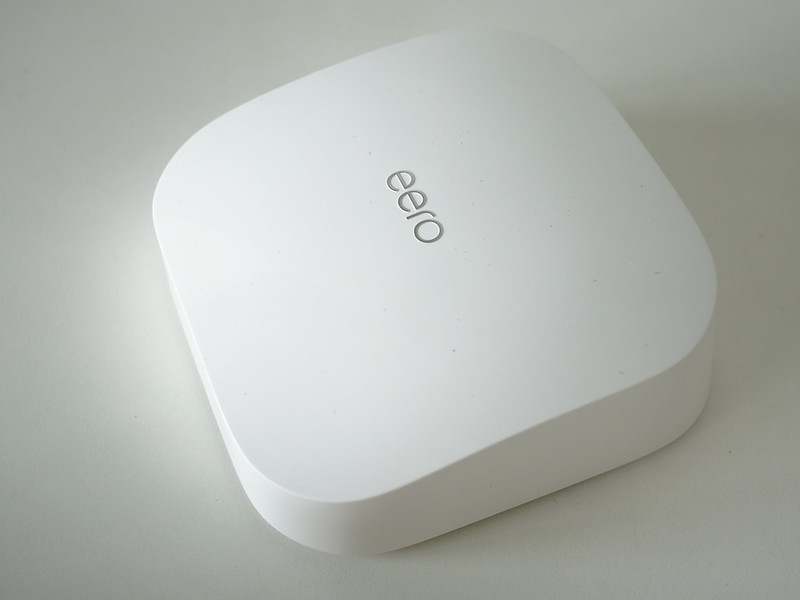 The Synology Mesh Router MR2200ac was launched in Singapore this week at a recommended retail price of S$199. You can get it from Storage Studio on Lazada at a slightly higher price of S$220. Stocks  …
Lester Chan · 09:00, 14 Dec 18